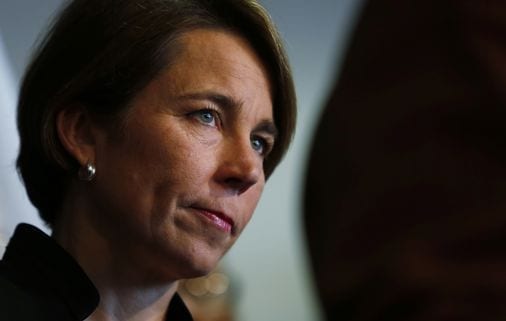 An obscure panel, which apparently has not met in years, has largely sunk to the background amid the glaring deficiencies within the Registry, including its failure to process an alert on a West Springfield trucker who, weeks later, allegedly killed seven people in a horrifying crash in New Hampshire. 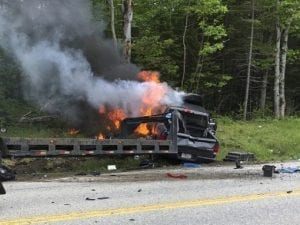 The Boston broadsheet follows Quincy Quarry’s lede and so outs Attorney General Maura Healey over her accountability in the latest Registry scandal.

Following Quincy Quarry’s scoop last Thursday which exposéd that Massachusetts Attorney Genera Maura Healey is by statute a member of the three person board that it is responsible for overseeing the three person board which is supposed to be overseeing the Registry of Motor Vehicles’ Quincy-based Merit Rating Board that is at the heart of the tragic scandal arising from work not done by the board, the broadsheet is now covering the story that was first broken by the Quarry.

Needless to say, the Attorney General’s office has gone into full humina/humina mode over the broadsheet’s exposing of the failure of the Attorney General by her and two others to abide by their statutory obligation to oversee the Merit Ratings Board.

Even worse, the claims that the Attorney General’s office made several calls to see about holding a Merit Ratings Board oversight board meeting do not ring true if for no other reason that phone calls leave no exculpatory paper or email trails.

Also ringing hollow were concurrent claims that the Attorney General did not have any role in the hiring of the now under fire Director of the Merit Rating Board as she is one of the three people who are the only parties statutorily empowered to appoint the director.

Four of a kind
A Fact Checker/Washington Post graphic

At the same time, however, the broadsheet failed to note that while the Attorney General Healey has been critical of the Registry, Secretary of Transportation Stephanie Pollock, and Governor Charlie Baker as well as that Healey has stated that criminal prosecutions may well be in order so as to surely endeavor to disingenuously score political points.

Similarly, the broadsheet failed to note that the Attorney General will likely have to recuse both herself and the Massachusetts Office of the Attorney General given her clear and indisputable conflict of interest as she is a designated member of the Merit Rating Board’s oversight board.

In other words, expect an eventual criminal referral to the United States Attorney and as was the case in the matter of the successful multiple felonies conviction of Quincy’s double and sometimes even triple dipping now-former Quincy Police Department lieutenant as well as multiple indictments and so far a fair number of pleadings out by now former Massachusetts State troopers over similar payroll scamming.

Also not mentioned by broadsheet is how surely but coincidentally the under fire Director of the Merit Ratings Board is said to be a relative of Quincy Mayor Thomas P. Koch as well as the fact that the assistant director is one of Koch’s sisters, much less how Attorney General Healey and Mayor Koch are also among the strangest of political bedfellows.

Then again, such why the ever-growing legions of loyal Quincy Quarry readers turn to the Quarry whenever breaking badly bad news© with local implications hits the fan.

Source: Healey, an RMV critic, sits on panel charged with overseeing unit at center of scandal – The Boston Globe