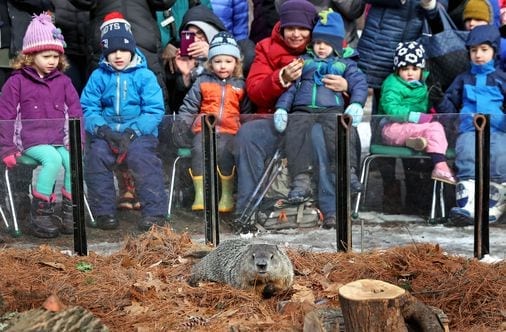 The official groundhog of Massachusetts made her own winter weather prediction.

No way to handle a female
A file photo

Forget Punxsutawney Phil – Massachusetts has its own official groundhog per an official act of state legislature  passed in 2014 and then signed by then Governor Deval Patrick.

See a video of her seeing her shadow yesterday here and so by tradition calling for another six weeks of winter.

Conversely, however, Punxsutawney Phil did not see his shadow and so calling for an early spring. 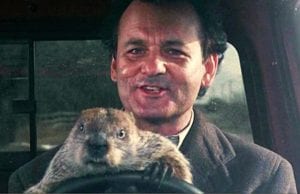 We never ask for directions!
A Columbia Pictures image

While Quincy Quarry agrees that males are all but clueless when it comes to Groundhog Day, given that today’s both sunny and near balmy weather today would suggest perhaps groundhogs‘ weather forecasting skills are more hype than actually effective.

At the same time, however, the Quarry knows all too well not to even merely but consider questioning female intuition.