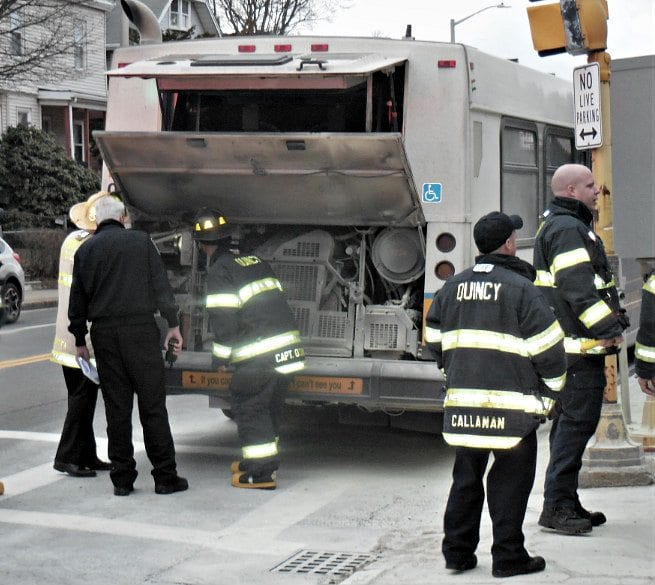 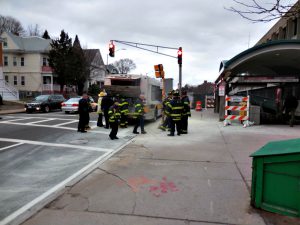 MBTA suffers breakdown on the eve of today’s blizzard.

In an arguably bad omen in advance of the latest Northeaster to whack Quincy,  an MBTA bus suffered a catastrophic breakdown on the Burgin Parkway side of the Quincy Center MBTA station during the height of Monday’s evening commute.

Adding to the chaos, first responders rolled out in force to the scene and so added even more vehicular blockage along Burgin Parkway near the T station.

Per a first responded on the scene, a check engine light sort of event apparently triggered the bus’ powder-based fire extinguishing system and so dusted both the bus’ engine as well as adjacent pavement.

Fortunately, no one was injured.