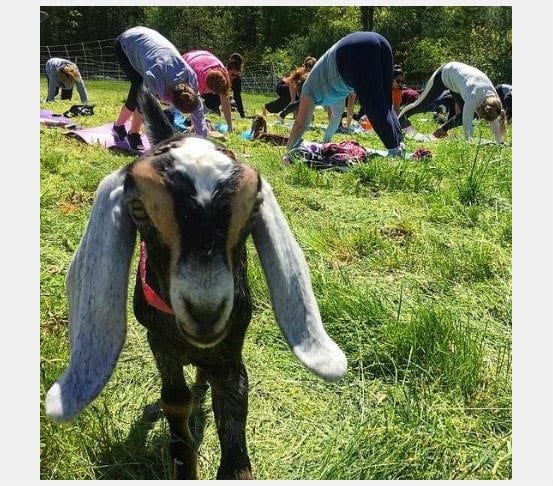 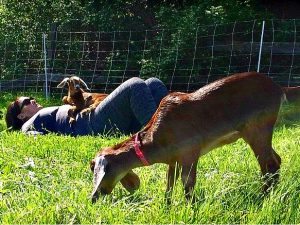 The growing Goat Yoga craze – and which Quincy Quarry has covered previously – has come to Duxbury.

Apparently bored and mostly Real Housewives of Deluxebury appear to have moved on to Goat Yoga as their latest exercise craze. 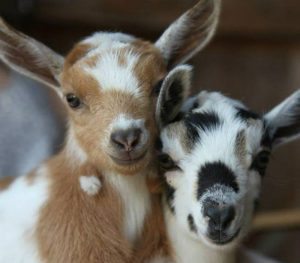 That and how the South Shore broadsheet appears to perhaps be copying Quincy Quarry’s lead in covering the Goat Yoga craze in the hope of boosting its long declining readership.

Regardless, we all know goats are cute as well as that all news media know that running a cute animal story all but invariably yields a positive rating boost.