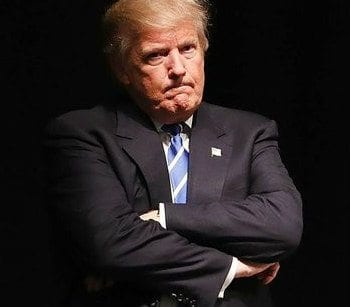 Talking carrot or is the stick to follow?
Probably a Reuters image

In the meanwhile, a US Navy-led carrier task force is cruising into the Sea of Japan and thus within easy striking distance of North Korea.