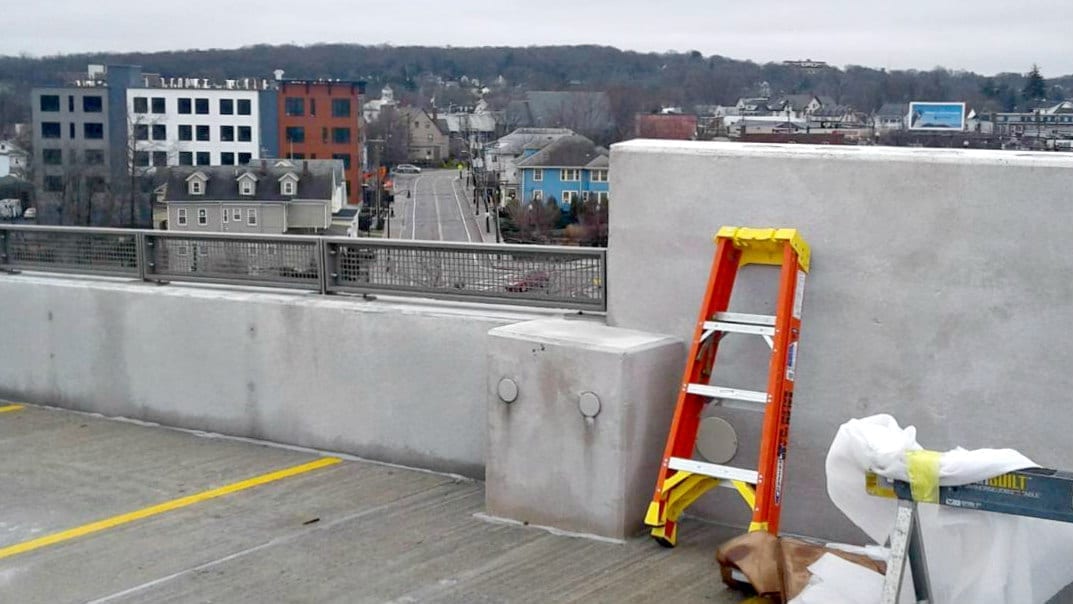 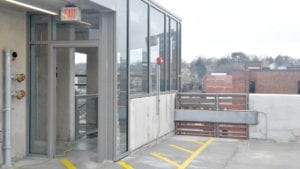 Given a continuing investigative journalistic review of the new $46 million Hancock Garage in Quincy Center near the Quincy District Courthouse, Quincy Quarry has discerned potentially grave safety and security risks in the brand new garage and thus now exposés them in the Quarry’s first hard hitting exposé of the New Year. 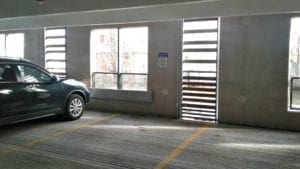 For example, key safety shortcomings include that the screening provided at the points of fenestration of this supposedly state of the art garage is variable.

While the elevator lobbies and stairwells are fully glass-enclosed, the faux window openings throughout the rest of the first four above ground levels of this five level garage alternate between fully enclosing slates and less than half height railings.

In turn, such proves a mugger or worse with numerous ways to readily flee the garage on its ground level. 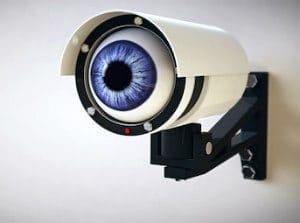 Granted, the garage is said to have security video cameras in place, but a savvy perp can readily effect a disguise.

Further problematic, especially on the above ground levels of the garage, the variable screening of the openings in the garage’s exterior poses risks for both the accident-prone and/or those under the influence.

Even worse, practically all of the perimeter the top level of the garage is bounded with but low railing. 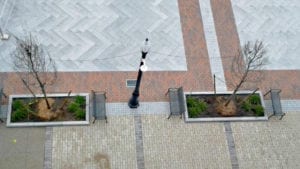 In the wake of five deaths at a Northeastern University parking garage – two by single suicides and three in a tragic murder/suicide incident involving two young victims on Christmas Day – over the past but seven months, the City of Quincy’s new and said to be state of the art Hancock Garage has precious little, if anything, to stymie potential jumpers on its top and thus potentially most dangerous level of the garage. 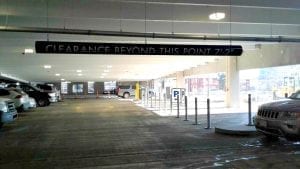 Granted, the new garage is only five stories tall, but the stories are relatively tall for a garage even if vehicle height clearance is variously impaired given things hanging from the garage’s ceilings.  Plus, the science and medical desks in the Quincy Quarry newsroom have determined, moderate garage height notwithstanding, that a nose dive from the top level of of the garage onto the paved surface on the ground surrounding the garage would all but assuredly prove fatal to such a diver.

Further, one can also only reasonably assume that value engineering may have been in play so as to attempt to stay at least close to within budget given the minimal spending on public safety on the top floor.in addition to the City of Quincy failing to open the up the garage on schedule per its long ongoing running late on municipal projects. 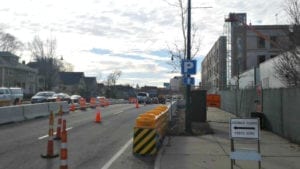 That and perhaps also seeking to mitigate the visually overbearing nature of such a relatively tall and massive structure hard upon both Revere Road and the mostly but two story low-rise residential neighborhood on the other side of the road.

In any event, in the case of Northeastern University’s problematic multiple level garage, the university has closed off the upper two levels of its garage and is planning to install safety barriers as soon as practicable. 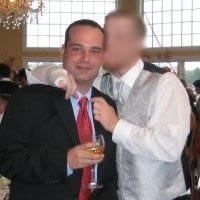 Given that the new Hancock Garage has repeatedly been found by Quincy Quarry personnel to only be roughly perhaps but 50% utilized while free promotional parking is offered allowed until January 6, it would appear to be readily feasible to temporarily close off the upper level of the new garage to facilitate the retrofitting of safety barriers.

Quincy Quarry considered reaching out to Koch Maladministration spokes spinner Pinocchio Walkbacker for comment, but figured why bother as Walkbacker is probably yet again still recovering from a bit too much New Year’s Eve cheer.