The Neponset bridge in Quincy “storrowed” 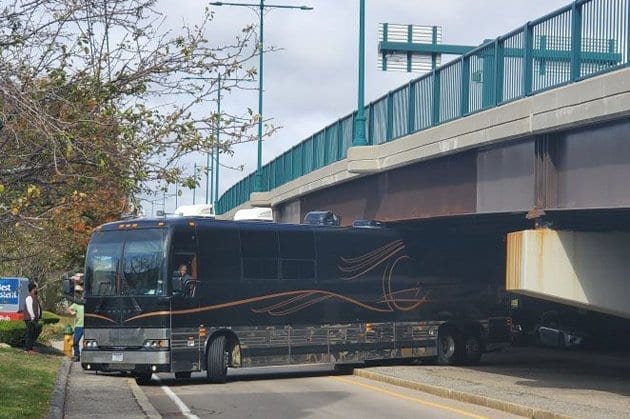 A band’s tour bus stuck under the Neponset bridge. 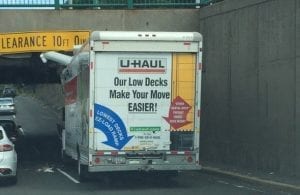 The Neponset Bridge in Quincy “storrowed.”

As Boston area residents well-know, box trucks and other tall vehicles regularly lose their tops given the low bridges along Sorrow Drive, especially when apparently clueless college students move into Boston generally near the Charles River at the start of a new school year.

Now, however, a band tour bus ended up “storrowed” underneath the Neponset Bridge in North Quincy when its driver apparently attempted to park the bus in a height-impaired off street parking space adjacent to the Adams Best Western Motel.

“On the road again …”
Image via Moviefanfare.com

While Quincy Quarry has no knowledge as to what went wrong in this instance, one can make reasonable assumptions about what go on inside a band tour bus.

Source: The Neponset bridge in Quincy wasn’t high on our list of “storrowing” sites