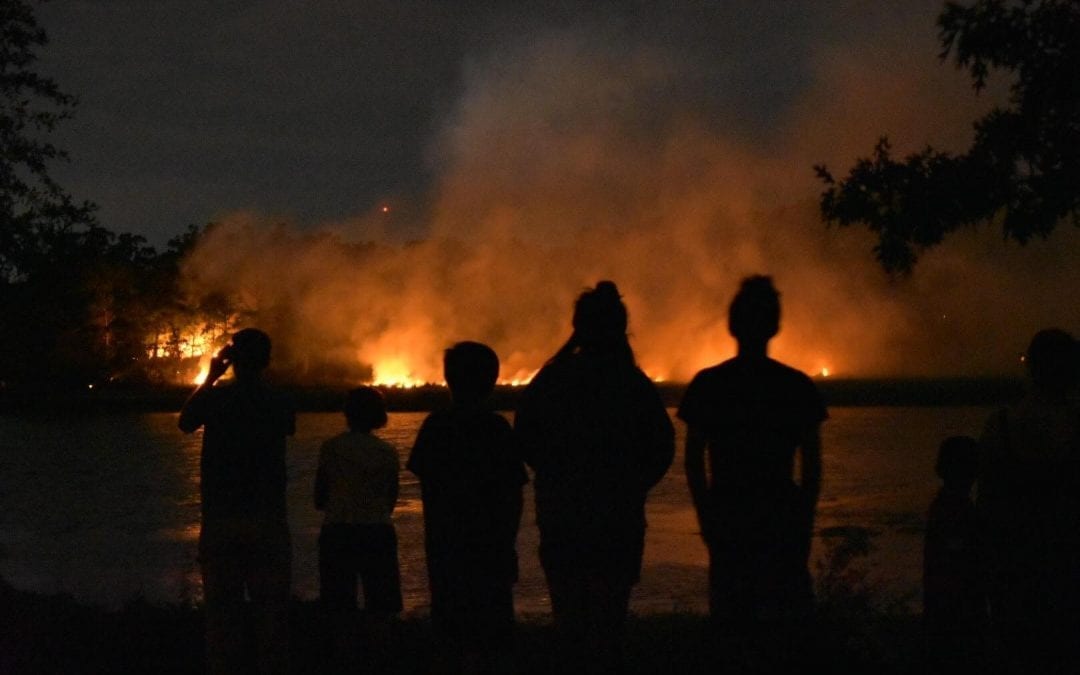 A brush fire broke out on Pine Island on Saturday night at around 9:30 PM.  The fire happened a couple hundred feet from where fireworks were being contemporaneously launched for Quincy’s Flag Day celebration at Pageant Field in Merrymount Park. 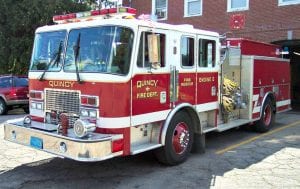 The fire broke out a couple hundred feet from where fireworks were contemporaneously being launched during the City of Quincy’s annual Flag Day celebrations at Pageant Field in Merrymount Park. 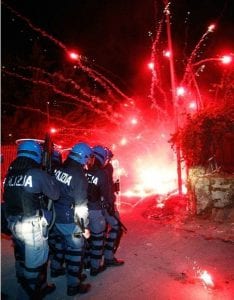 A Quincy Fire Department official said no one was hurt during the single alarm fire on Saturday night that burned brush, trees and grass on Pine Island and which is adjacent to Caddy Memorial Park and Merrymount Park.

It took firefighters a few hours to put the fire out and clear the scene.

Firefighters have yet to determine a cause for the fire; however, it would appear reasonable for the every growing legions of loyal Quincy Quarry readers to assume that Saturday night’s fireworks display should be on the short list of the usual suspects.

Fortunately, there are no buildings on the island in Blacks Creek.

Even more fortunate, the two Quincy Fire Department ladder trucks typically assigned to hold up a huge flag at Merrymount Park during Flag Day events were not needed to respond to the Pine Island wildfire. 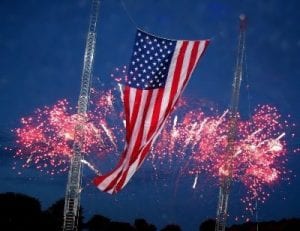 Things were even more fortuitous as this was the second year in a row that a brush fire broke out on Pine Island contemporaneously with Quincy’s Flag Day fireworks display even if local fire officials asserted that city fireworks did not start last year’s bush fire.

Will city officials risk going three for three next?  Needless to say, count on Quincy Quarry to report if they do.