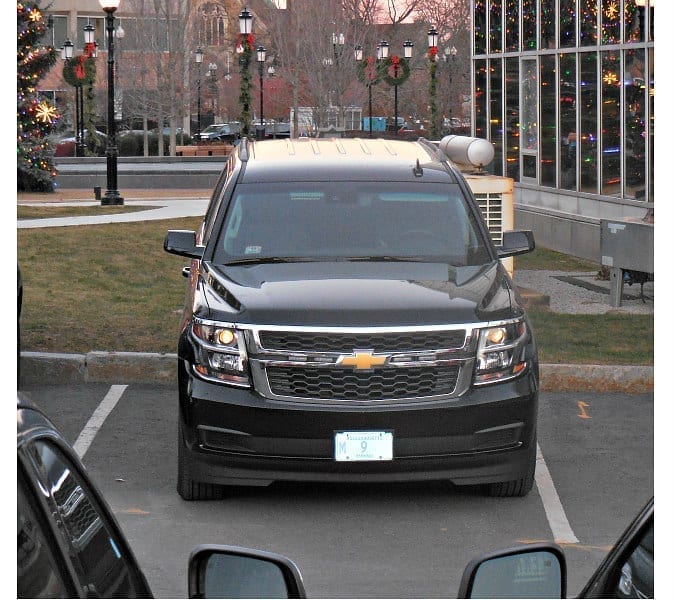 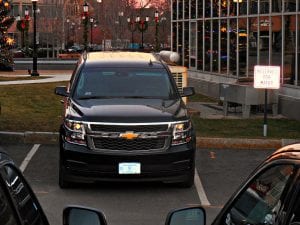 Apparently someone could not wait until Christmas to open up his new ride.

While out and about on the ever-increasingly mean as well as now also seasonably cold streets of the Q, intrepid Quincy Quarry News personnel happened up a new VIP City Ride at City Hall. 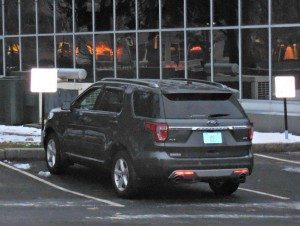 It is also only reasonable to assume that the but three year old and all but assurdly low mileage previous City Hall VIP City Ride was no longer good enough and/or large enough.

Quincy Quarry can also only reasonably assume that a likely lease on the now former VIP City Ride had run its course; however, the Quarry has yet to confirm same given the fact that Koch Maladministration era city budgets are short on detail. 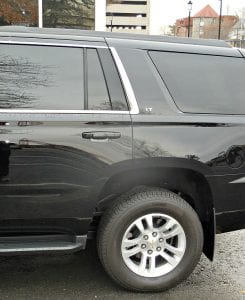 In any event, apparently the need to carry a heavy and wide load behooved moving up from a typically thirty-seven thousand dollars or thereabouts manufacturer’s suggested retail price for mid-sized all wheel drive Ford Explorer XLT to an assumed four wheel drive fifty-seven thousand dollar MSRP or so and leather upholstery featuring full-size and truck-based Chevrolet Tahoe LT.

While estimated miles per gallon will drop by several miles or thereabouts by moving up from a mid-sized V-6 powered roughly 4,400 pound mid-size SUV up to a large V-8 powered and around 5,600 pound behemoth, what is a bit more Global Warming on top of all of the hot air bloviating coming out of Quincy’s City Hall?

On the bright side, by opting to step up to the premium Tahoe LT model from the base Tahoe LS, sure to prove useful power adjustable brake and gas pedals are among the LT model’s many upgrades.

That and the built-in side steps.

On the other hand,  surely the City of Quincy got a great deal on this latest of many new to newer City Rides.