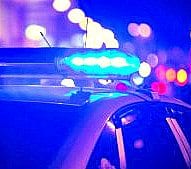 Massachusetts State Police announced Tuesday that the results of an internal audit into overtime discrepancies found problems with the records of twenty-one state troopers.

Following the money
An oxycom.com image

As a result, nine state troopers were suspended without pay on Friday.

Another trooper had already been suspended on other matters, one had retired before this scandal hit the fan and only one trooper was kept on duty.

One can only assume that the last trooper was the one who had been noted previously without specifically naming her but most probably him as the one officer who had paid for only one overtime shift that the officer did not work.

In any event, given events to date it is safe to assume that federal authorities will end up assuming jurisdiction as the overtime pay was tied to the state’s federally mandated as well as federally subsidized Accident and Injury Reduction Effort (AIRE) program.

As Quincy Quarry’s ever-growing legions of loyal readers know from the Quarry’s thorough coverage of the Quincy Police Department’s now former double and sometimes even triple dipper’s trial in Boston’s federal courthouse, the feds play for keeps as well as for offenders’ pension benefits.