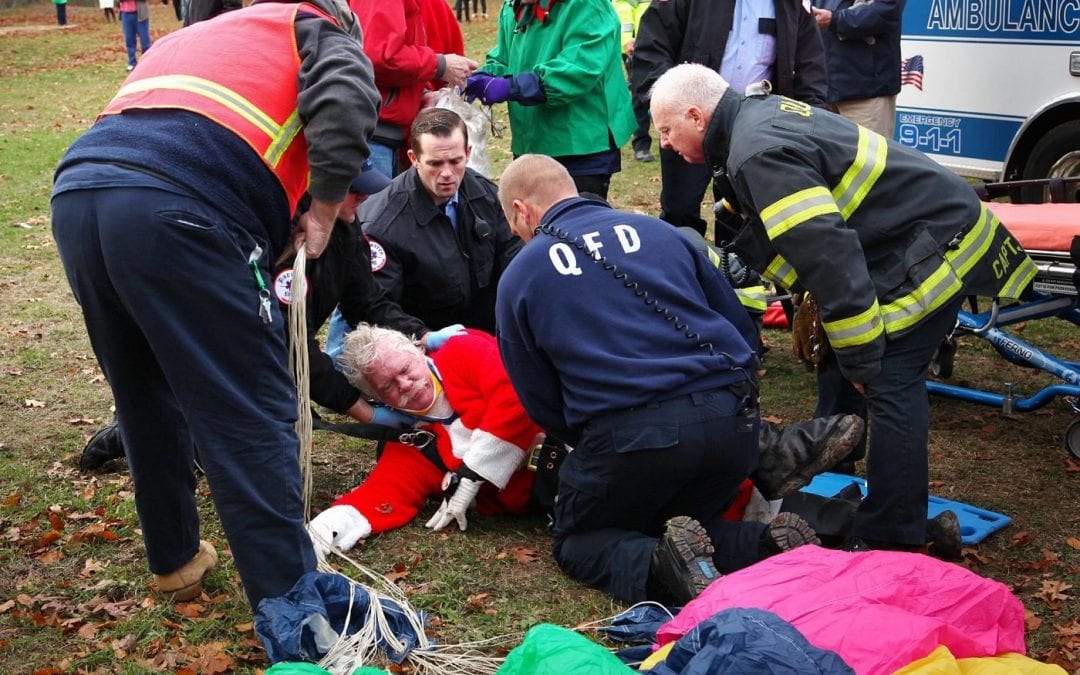 Santa stuck up a tree
A Patriot Ledger photo

QUINCY – The Parachuting Santa was injured in a hard landing Saturday. High winds caused the skydiving Santa to veer off course at Pageant Field.

Courtesy of one of Quincy Quarry’s many sources, Santa appears to have broken at least one – if not both – of his legs.

One of Santa’s elves also went off course and nearly landed in Blacks Creek, but was uninjured. Gusty winds nearly scuttled the jump but it was announced to the crowd that “Santa will do his best.”

Instead, however, the outcome hearkens back twenty-nine years to easily the snarkiest TV series Christmas episode ever. 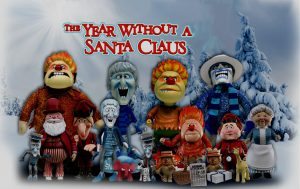 A year without a Santa Claus in the Q?
Rankin Bass characters