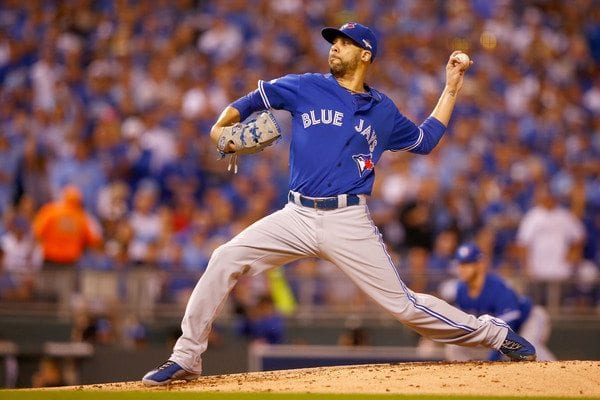 <![CDATA[-Boston Sports Blog From Quincy Quarry
For those of you living under a rock, the Boston Red Sox made by far the biggest splash of the off-season this week by signing superstar southpaw David Price to a record setting 7-year/$217 million contract.
The team finished third to last in the league in rotation ERA last year, and bringing in the the pitcher with the best ERA last season is a pretty direct way to address that problem.

With the massive financial commitment, even conservative payroll projections now place the Red Sox well over the $200 million mark for 2016 and it is hard to see the team making another splash without trading away a player.
That being said, does the team need to make another move?
New President of Baseball Operations Dave Dombrowski’s own assessment of the team’s needs was a lack of a closer, a fourth outfielder, and an ace.
Cue the trade for Craig Kimbrel, and the signings of Chris Young and Price in about 3 week’s time and its hard to say Dombrowski didn’t address the needs he identified. Certainly the team could look to shed a little payroll to recoup the lost prospects following the Kimbrel deal.
The team now has seven viable (well, hypothetically anyway) starting pitching options for 2016, with Price joining Clay Buchholz, Eduardo Rodriguez, Rick Porcello, Wade Miley, Joe Kelly and Henry Owens. While those names essentially combined into 3 usable starters last year, it is hard not to anticipate at least marginal improvement.
The most obvious names for a trade are Miley and Buchholz, as they have reasonable contracts and are known commodities. It makes sense to move one of them so that Joe Kelly can slide into the back end of the rotation, but it is far from a given.

The lineup certainly shouldn’t see too many changes, barring a very hard-to-imagine trade of albatross Hanley Ramirez whose attitude and apathy far outweighed his on-field contributions in 2015. In that case, that team could bring in another infielder to platoon with Travis Shaw at first base. The Sox could trade polarizing center-fielder Jackie Bradley Jr., but from the sound of it, Dombrowski likes Bradley where he is.
Young differentiates himself from the current outfield group of Bradley, Mookie Betts and Rusney Castillo with his power-hitting ability, but at the same time, he struggles mightily against right-handers. This is an affliction also shared by Bradley and Castillo, making Young a puzzling choice to be a platoon partner for either player.

David Price’s career 3.09 ERA is the best in the American League among active pitchers (min. 1000 IP).

Three of those four will be used in a lineup that will also feature would-be All-Star, Batting Champion and Gold Glover Xander Bogaerts, as well as stalwarts Dustin Pedroia and David Ortiz, who recently announced that this season would be his last. The team will also feature one of either upstart Blake Swihart, the heralded offensive catcher, or Ryan Hanigan, the seasoned game-caller.
Rounding out the lineup are, of course, Ramirez and the similarly disappointing Pablo Sandoval. As much as the Price addition will turn this team’s fortunes around, it will also need bounce-back campaigns from the overweight and overpaid sluggers if it hopes to do more than contend for the division title in a murky AL-East.

The team could very well add to the bullpen as well, but with Junichi Tazawa, Koji Uehara, Robbie Ross Jr., and Tommy Layne all presumably returning alongside Kimbrel and plenty of young options like Heath Hembree, Matt Barnes, Pat Light, and Edwin Escobar, the team may decide that it’s payroll is too steep to justify the move.
This team will be decidedly better than last season’s, of that there is no doubt, but it still remains to be seen if they can really succeed. Remember, last year’s team was expected to contend and they could hardly compete. It also will be interesting to monitor Price’s success over the course of this deal. It will pay him through his age 38 season, and one can hardly count on the pitcher to continue to dominate into his late 30’s.
We’ll have to sincerely hope that not only does he succeed (for as long as reasonably possible), but also that his massive financial earnings don’t hinder the team from making new moves in the coming years.]]>