Trump becoming a chump on the stump? 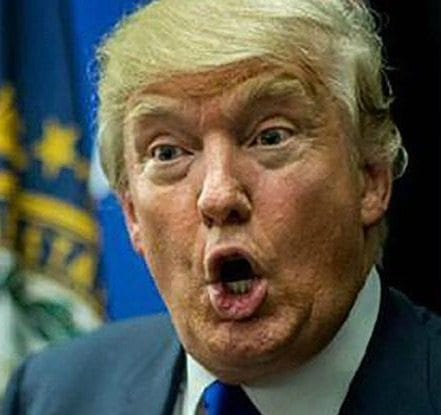 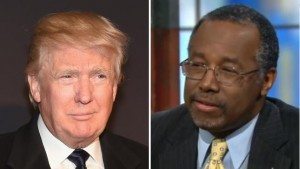 – News from elsewhere spotted by Quincy Quarry News
Trump becoming a chump on the stump?
After weeks of being the darling of wingnuts early on in this starting ever earlier presidential campaign season, The Donald has dropped into a statistical tie in an Iowa poll with also never held an elective office GOP presidential candidate Ben Carson, MD.
Sage observers felt it was only a matter of time before The Donald’s bombastic ways would finally wear thin.
At same time, one can only properly question early polls long term viability.  After all, the two clearly most experienced as well as well-respected individuals in the GOP race – current Ohio Governor John Kasich and former Florida Governor Jeb Bush – came in at fifth and sixth on the list with but mid-single digit numbers in this latest poll.
Then again, the GOP is not alone with primary campaign curiosities.
After all, technically Independent (and self-described Democratic Socialist, ed.) Bernie Sanders is polling well in his run for the Democratic Party presidential nomination as well as that Hillary Clinton continues to hold the Democrats’ number one spot in spite of the release of yet another round of troubling emails from among those not erased on her private email system when she apparently did not have a government email account of any sort while she was Secretary of State.
And people wonder why some call the early stages of a political campaign season the silly season.
That and why the electorate looks to be fed up with the same old same old.
QQ disclaimer
]]>