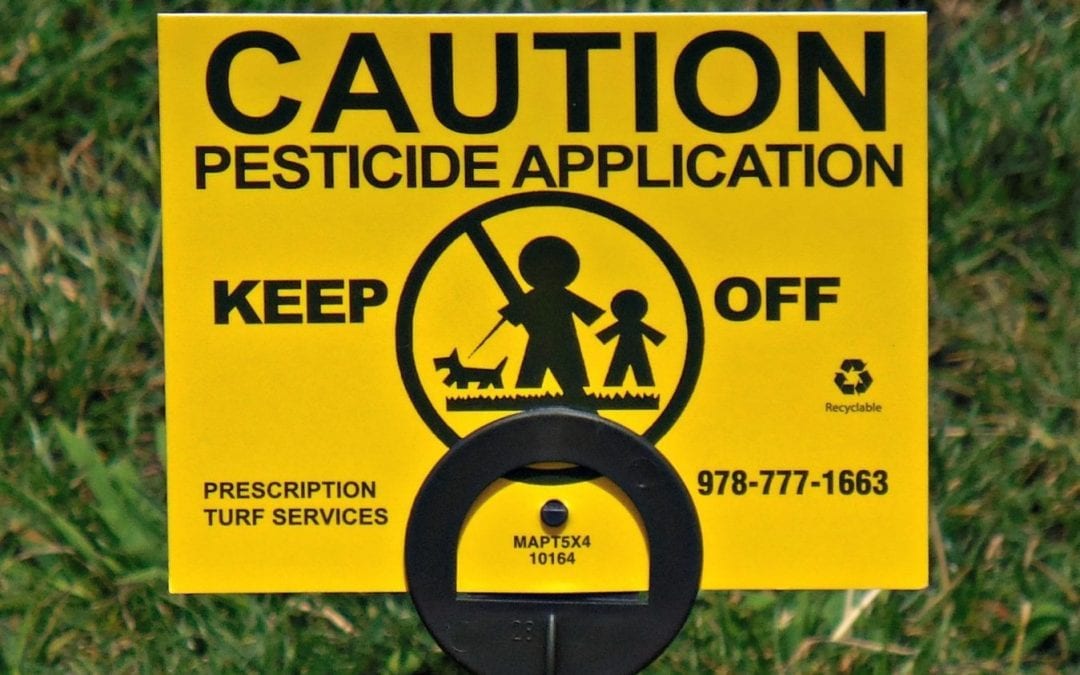 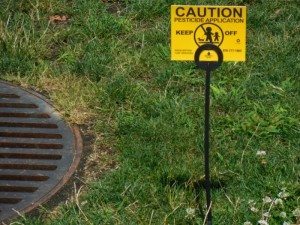 – News about Quincy MA from Quincy Quarry News
Quincy high football faces potential hazardous material issues?
In an effort to play catch up restoring the grass turf inside of the track at Faxon Field after last fall’s football practice activities trashed the turf and last winter’s barely record setting snowfall surely did not help, the City of Quincy has apparently brought in outside assistance to help restore the trashed turf. 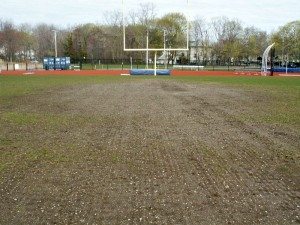 While the turf does appear to now be recovering after a slow and arguably neglected start last spring, there appear to be at least modest understandable concerns as regards the use of pesticides on this turf hard upon the start of football practice by the Quincy High football team.
Granted, many modern chemicals used on grass are relatively safe or often quick to degrade into benign chemical compounds.
At the same time, however, Football Moms are only slightly less rabid than Hockey Dads when it comes to protecting their progenies’ unlikely potential at for least full ride college athletic scholarship, if not also eight figure pro contracts. 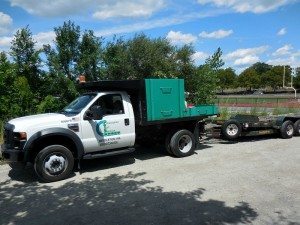 Further, given a less than exhausting review of the details thin cocktail napkin that is City of Quincy’s annual budget by the Quincy Quarry financial analysis task force, it could not find any obvious budget allocation to fund the retaining of outside lawn services for the servicing any city lawn, much less the infield turf at Faxon Field track.
Then again, duly adhering to various statutory mandates to only spend what funds have been both duly appropriated as well as only for what the funds were actually allocated have never been of concern to the free-spending of tax dollars by the Koch Maladministration, especially when it comes to sports edifice and parking complexes. 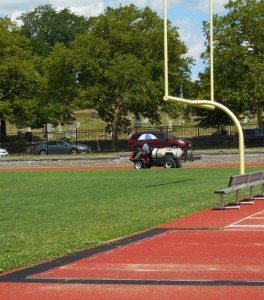 Similarly, the Koch Maladministration has a checkered history when it comes to failing to comply with various– if not also fundamental – Massachusetts Department of Environmental Protection as well as federal Environmental Protection Agency rules and regs at at least both the City of Quincy’s Department of Public Works’ corporation yard as well as also at Faxon Field.
Expect the combined Quincy Quarry Sports Desk and Environmental Affairs Desk special task force to continue to investigate this latest apparent local hazardous material incident as well as other potentially hazardous affairs in the Q.
QQ disclaimer
]]>