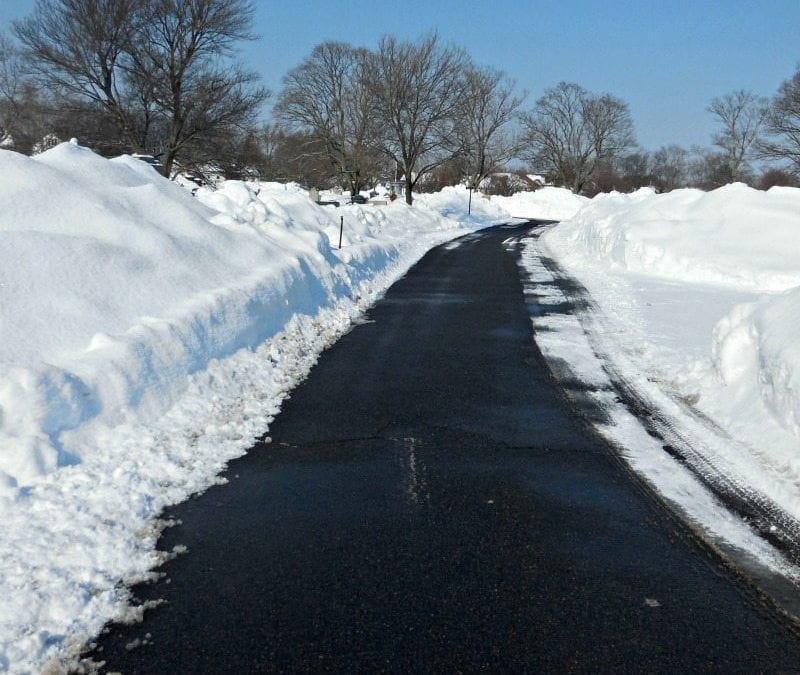 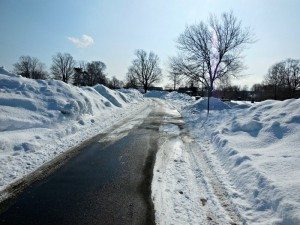 – News about Quincy MA from Quincy Quarry News
Quincy Ward 7 is beautifully plowed during this winter without any apparent end in sight whereas much of the rest of Quincy continues to reduced to little more than dog sled tracks.
Given a relatively quiet and sunny day, a Quincy Quarry News team was sent out to follow up on an implausible report that a Quincy neighborhood was – in fact – well-plowed and thus easy to travel.
Quincy Quarry has long as well as desperately been looking for a positive story to run during this winter without any apparent end in sight and is thus pleased to report that it turned out that the rumor was true: Mount Wollaston’s longtime residents could readily walk or drive about the well-plowed roads in their cemetery were they not interred. 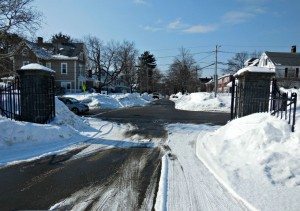 About the only obvious problems noticed were that a number of outsiders were coming into this otherwise quiet neighborhood and then letting their dogs run wild in spite of local strict leash laws and by-product hazardous materials disposal regulations.
Whether – or not – these visitors and/or their leavings behind are bothering the residents of Ward 7 is unknown. While some of the descendants of the residents “occasionally” complain about the care of the grounds at this eternal residence facility, there are no reports of any of the residents themselves complaining other than the occasional paranormal event around the end of October.

Getting out the vote

With such uncomplaining constituents, one can only properly assume that certain local elected officials are looking forward to yet another 100% as well as unanimous absentee ballot turnout by Ward 7’s many longtime voters.
Whether or not Ward 7’s long-grifted perfect turnout is sufficient to overcome voter displeasure among local residents elsewhere around town with at least certain incumbents remains to be seen.
QQ disclaimer
]]>