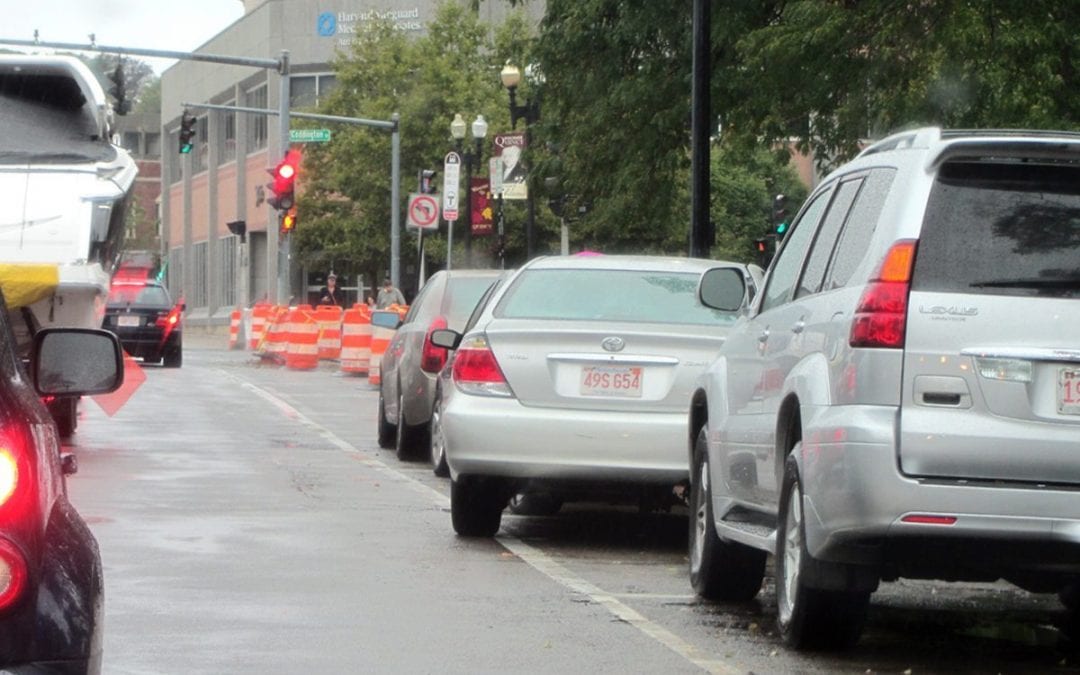 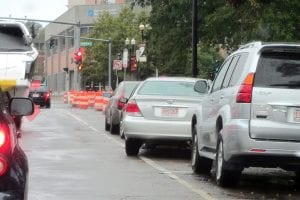 Unfortunately, city employees are now taking up precious street parking on top of the considerable number of city employee parking spaces both in front of the Quincy Center MBTA station and behind what’s left of City Hall.

In the above photo provided to Quincy Quarry by a Citizen Journalist photographer who is also fed up with the Koch Maladministration, the gray Toyota car – with its rear hanging out into the street asking for a banging as well as jammed across two parking spaces – belongs to a City of Quincy parking meter man who is well-known to private citizens who park their cars on the mean streets of Quincy Center.

The department level head of traffic control, Department of Public Works Commissioner Dan “Spanky” Raymondi, was not reached for comment by Quincy Quarry about this latest incident of parking abuse by one of his employees.

Neither was he asked for an explanation as to why he was put in charge of the city’s meter men this Fiscal Year even though all of them still have patches on their uniforms stating that they are Quincy Police traffic control city employees and which they were in previous years.

Perhaps, just perhaps, the Koch Maladministration is actually trying to save some money by requiring its meter men to wear out their current semi-police looking uniforms before they are provided with new DPW uniforms.

Adding insult to injury is the second photo subsequently taken by Quincy Quarry that shows a shiny newish city truck parked in a no parking space near City Hall.

I can park anywhere …
A Quincy Quarry News file photo

This truck is also parked in such fashion as to pose a safety risk for pedestrians crossing this well-documented as dangerous for pedestrians run of Hancock Street near the Quincy Center MBTA station (see photo left) and thus why this run of curb is designated as a no parking zone.

One would like to hope that one of Quincy’s finest will be chiding the driver of the City of Quincy pickup truck’s driver when he (or she) returns to the scene of her (or his) illegal parking.

That and that the Brady guy is the prime suspect in the recent arson burning of City Hall.

More likely, however, the unknown city employee will get off scot-free for parking in a no parking zone – and most probably so as to hit the Quincy Credit Union ATM inside of the lobby for the nearby City Clerk’s office which, in turn, has arguably long been the number one cause of parking abuse by the city vehicles in this particular no parking zone.