Guidelines and Rules for Citizen Journalist Submissions to Quincy Quarry 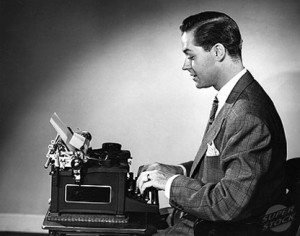 Quincy Quarry (“QQ”) truly believes in “Citizen Journalism.” A core belief of QQ is that regular people can often cover the news – especially local news – at least as well as those who attended a certain journalism program at a certain Manhattan university.
For a dry and wonky treatise from a likely to have been unsuccessful PhD dissertation on Citizen Journalism at said Manhattan university, see BORING.

Definitions aside, QQ truly wants to hear from any and all who might have something of significance to say that has some plausible connection to Quincy Massachusetts.
At the same time, various as well as understandable rules must be honored if one hopes to see her/his submission(s) published by QQ.

In no particular order, the rules include:

QQ would prefer that you provide your own graphic/photo image(s) with your submission.

If the image provided might be subject to copyright restrictions, please be sure to provide a URL link to the source of the image so that QQ

can duly attempt to review its copyright terms and thus possible restrictions against its publication by QQ.

For any article submitted for consideration, one to maybe several images is recommended. QQ reserves the right to limit the number of images that might be published by it given space and layout considerations.

A general suggestion: the shorter the length of the text submitted, the fewer the number of accompanying images.

If no image is provided, QQ will most likely have to find one if a submission is accepted for publication as all QQ articles must have at least one image. As such, roll the dice at one’s peril if a graphic is not provided.

For images alone – such as a political cartoon, please submit them one at a time unless the submitter has multiple version of the SAME theme and wants QQ to make the call as to which version might be published.

For video submissions to QQTV, video is video and so be it. Please just be sure to provide a proposed title for the content and perhaps some brief introductory text.

At the same time, if the video submitted might be subject to copyright restrictions, please be sure to provide an URL link to the source of the image so that QQ can attempt to duly review its copyright terms and possible restrictions against its publication by QQ.

Overtly commercial material will not be considered for publication on QQ. If anyone cares to promote one’s own economic interests via QQ, check out its advertising page.

QQ will never unduly edit any outside submissions that are posted to its content; either QQ will allow the full comment to be posted for all to see – or none of it if it is deemed inappropriate.

If, however, a contributor is open to an edit review and suggested changes as well as requests same upon initial submission of a piece for consideration by QQ, such review will be considered by QQ, circumstances permitting.

At the same time, do note that QQ will NOT post anything that has been so subject to a requested edit review UNTIL the contributor approves – or not – of any suggested changes proposed by QQ.

QQ offers ALL contributors, be they submitters of material for featuring by QQ or posters of comments to QQ content, the option of doing so anonymously.  This option is not offered so as to allow people to throw rocks within impunity; rather, it is offered so as to facilitate enhanced as well as warranted paranoia within those who deserve public rebuke.

Anonymity is also allowed in light of the long established traditions of anonymity for pamphleteering as well as literature, both of which are also cornerstones of the First Amendment of the US Constitution.

In turn, contributors must confine themselves to using but a single identity whenever commenting on QQ.

After all, fair is only fair. Plus, using the same identity boosts one’s Q score with QQ readers.

Additionally, when creating an identity for popping off on QQ, one must use a valid email address and which will be kept private by QQ.

Specifically, QQ will strive to protect the anonymity of those who ask for it up to the point of enduring waterboarding or other “enhanced interrogation techniques.”

At that same time, QQ will likely opt to agree with legally binding court orders ordering disclosure, subject to the advice of its friends at the ACLU.

Next, while James Snowden and/or Julian Assange may – or may not  – be  technical advisers to QQ, there is only so much that QQ’s e-firewalls can do to thwart the NSA and other determined hackers.

If one does not care for the above rules, there are two options: one is to submit one’s work somewhere else; and, the other is to create your own blog, develop its rules, maintain it, and so on.