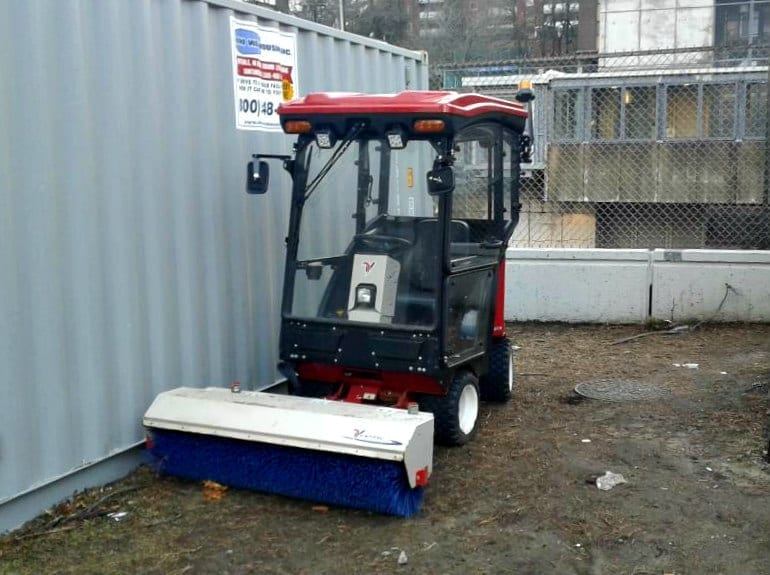 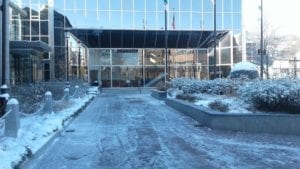 Given light snowfall events in Quincy to date this winter, the newshounds at Quincy Quarry have been struggling to ascertain how the hard surfaces to the entrance to Quincy’s City Hall have all but been fully cleared of snow both shortly after the few but modest snowfalls this winter as well as by first thing in the morning even over a three days long holiday weekend. 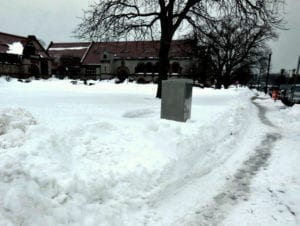 So what, apparently, if other heavily traveled municipal sidewalks around Quincy are often ill-cleared at best as well as typically frozen over solid in the wake of snowstorm.