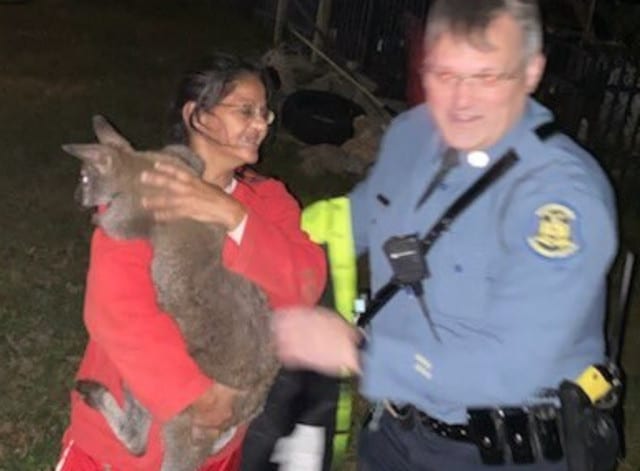 A Missouri State Highway Patrol trooper hopped into action to reunite an escaped kangaroo with its owner. 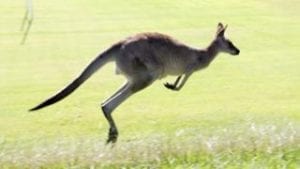 ‘roo on the run!
Image via the BBC

A Missouri State Highway Patrol trooper hopped into action to reunite an escaped kangaroo with its owner Monday night.

“I got a call from someone who saw a ‘roo hopping down the road.  I didn’t believe it at first.”

Later, however, Trooper Hoemann was able to find the kangaroo and return him safely to his owner.

There was an escape last night in Franklin Co, but not what you would expect. Troopers see many things during their career and this is one to remember. A kangaroo escaped from his home and Trooper H. Hoemann was able to find him and return him safely to his owner. 🦘❤️👮‍♂️ pic.twitter.com/pUPU6R8cTt

The kangaroo is an emotional support animal, according to Hoemann.  The owner said it had escaped through her outside gate.

“It was just funny,” he said.  “I never thought I would have to chase a kangaroo.”