by Site Administrator | Mar 9, 2019 | Behind the Qurtain, Featured Articles | 1 comment 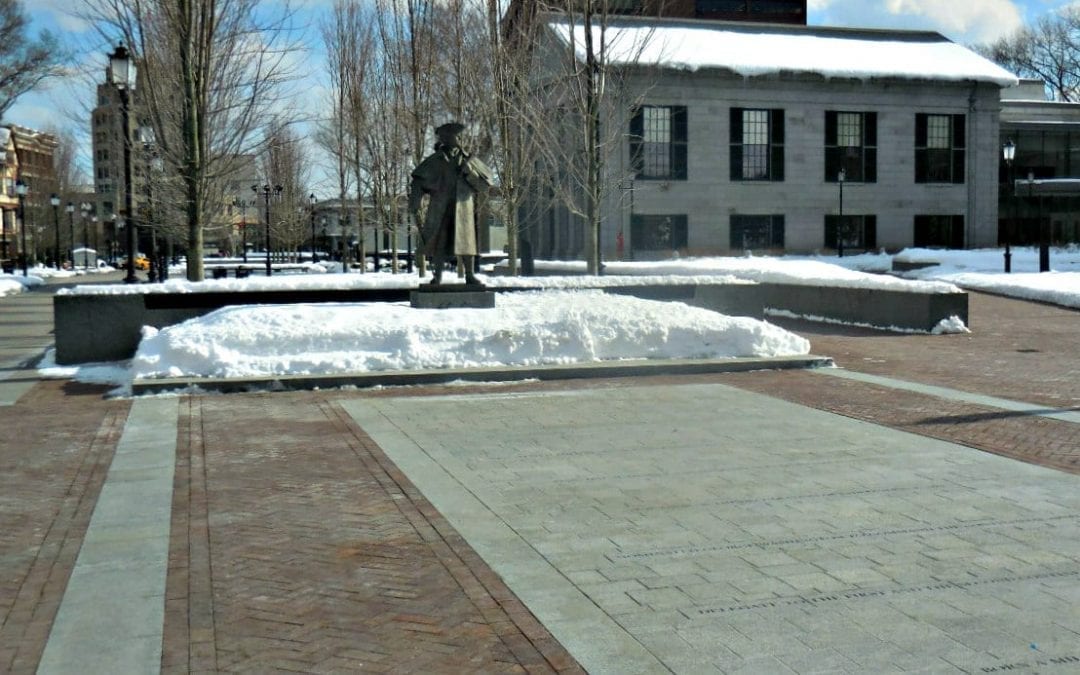 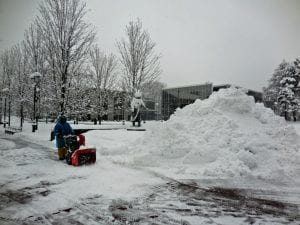 While many residential neighborhood streets other than a few blocks in and around the 200 block of Newbury Avenue in North Quincy remained ill-cleared of snow in the wake of Sunday night’s into Monday morning’s more than expected snowfall, City Hall was quick to see the massive piles of snow in front of it along Kim Jong Koch Plaza thoroughly cleared.

Exactly when most of these piles were removed is uncertain as one does not usually look for something that that is no longer around; however, by Thursday past the formerly obvious piles were gone without a trace.

First you see the piles, then you don’t
Conjoined Quincy Quarry exclusive photos 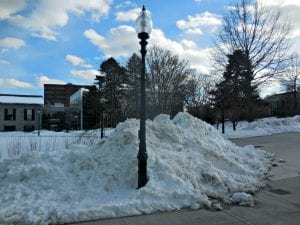 As of press time, Quincy Quarry had no idea if its previous coverage may have spurred removal of piles outside of City Hall, the staff at the Quarry will still take credit anyway.

Regardless, as well as one can only reasonably expect, a less obvious pile was left in place to eventually melt.

Now, if only the other sort of piles inside of City Hall could be so easily removed …