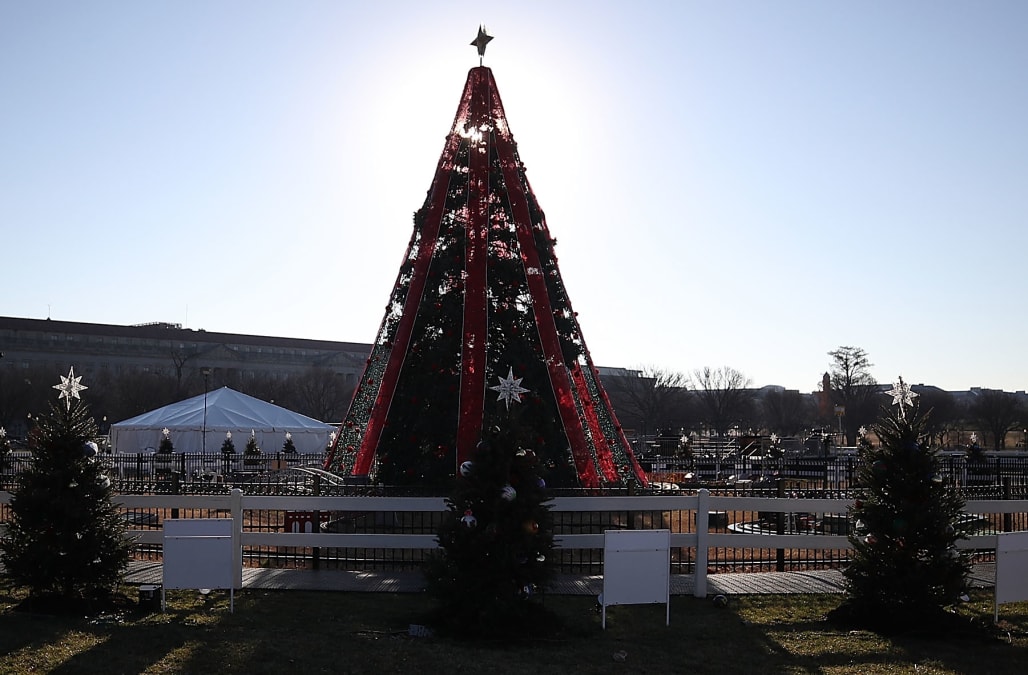 Lights out and nobody’s home in the White House?
Image via HuffPuff

The National Christmas Tree may stay dark during the partial government shutdown, according to reports on Sunday.

Lots of folks aren’t seeing the light in Washington DC this week.

The National Christmas Tree may stay dark during the partial government shutdown, according to reports on Sunday.

“During the federal government shutdown, the White House Visitor Center and National Christmas Tree site will be closed,” the National Park Service wrote on its website. The tree, a massive Colorado blue spruce, was damaged Friday when a man in “emotional distress” tried to climb it, a park service spokesperson told The Hill.

The shutdown has “complicated” repairs that would allow for the lights to be turned back on. There was a flicker of hope that might happen.  The National Park Foundation, a charity that supports the park service, was providing materials and labor in the hope of seeing the lights fixed, a park service spokeswoman told WTOP.

In the meanwhile, the lights on the tree flickered on and off Sunday as workers assessed the damage.