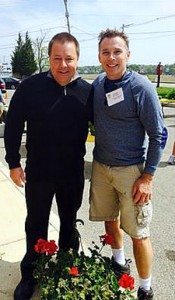 Quincy’s notorious photo op hound of a mayor has long been infamous for not only mugging for the camera more often than actual muggings in New York City, his camera crew members have also long been endeavoring every possible camera trick imaginable so as to mask his lack of height while concurrently trying to hide his considerable width.

In turn, all manner of PhotoShop sorts of tweaks have thus long as well as often been uncovered by the tech wizards at QQ’s Tech Department.

Now, however, it would appear in at least one photo op photo that embattled incumbent Mayor Thomas P. Koch may have undergone a “Green Screen” full body transplant.

Simply put, the usual tricks cannot explain a recent photo of an arguably almost svelte Mayor Thomas P. Koch in the above featured photo given a visual review of the rest of the photographs featured in this Quincy Quarry story – at least not care of the monochromatic and dark shade of warm-ups.

Neither do more basic tricks of having the person standing next to him stand slightly in front of him along with the use of a shortness-masking camera angle.

Also note how the man in the shorts is standing on the balls of his feet on the edge of the curb and such so allows him to both drop his heels a tad as well as mitigate his height and thus making Quincy’s short mayor look less obviously short.

Quincy Quarry’s vaulted Tech Department was able to easily confirm this photo grift by using bleeding edge photo image re-imaging technology to – along with other discoveries it will not reveal at this time – eliminate the potted plant in the foreground that was hiding this simple photo staging heel of a grift. 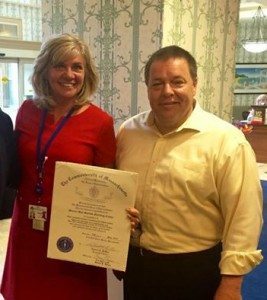 Another trick: the document covers up some waste, but not the puffy face or bad haircut.
A Koch for Koch Facebook photo image

The dead giveaway for these photo tricks is to compare both subjects’ arm lengths.  Even given the bent elbow of the man in the shorts, the clear as well as considerable difference in arm lengths is the dead giveaway of these typical photo grifts.

The biggest grift of all, however, was making Quincy’s widely-known to be wide mayor look, well, arguably trim.

After all, there are limits to what camera angles and PhotoShop can affect – even if used in combination but absent liposuction.

In this case, all one has to do is review the found to be untouched and roughly contemporaneously taken photo on the right to see that Quincy’s mayor does not have a trim waist, let alone the mere suggestion of perhaps a hint of a “V” physique. 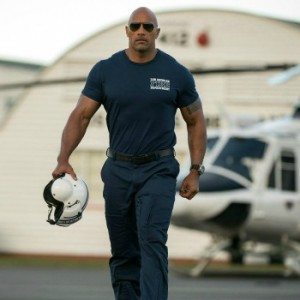 Then again, this discovery was not all that big a deal as Mr. Johnson is in the Q filming scenes for a new film in and around the former Four River Shipyard.

Similarly, with so much real cinematography talent so available locally, the Green Screen body transplant was surely wicked easy to grift.

Not so easy, however: fooling Quincy Quarry.

Plus, Mr. Johnson was recently reported in a major media as the record holder for selfies taken in three minutes.

Given the crush of publication deadlines, Quincy Quarry was unable to confirm if Mr. Johnson shared any selfie-taking tips with the Koch Maladministration PhotoShop team.

Long suffering locals can only hope that Mr. Johnson did not.