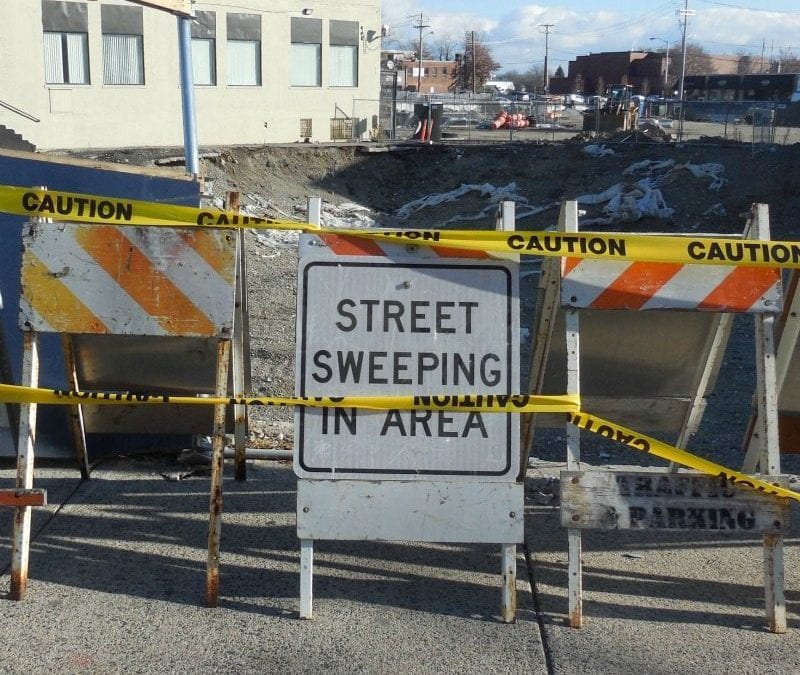 – News about Quincy MA from Quincy Quarry
Quincy Center’s still unsolved sideways sidewalk hit and run late Saturday night two weekends ago was followed this past Wednesday by another sideways hit and run elsewhere in Quincy Center.
Is this the beginning of a new serial crime indigenous to Quincy?
Shortly after the carnage at the first crash scene in the middle of the block on Hancock Street near the once anticipated site of an Olympic Diving Pool was fixed in record time per local standards by its commercial owner who clearly appreciates the potential liability problems as opposed to how any of a number of City-owned lingering disaster scenes around town are left to fester.
Another property in the middle of a block on a straight run of street in Quincy Center was extensively damaged by a hit and run driver.
The latest hit and run target is a local insurance brokerage on Independence Avenue.
Not only was this second ruinous sideways hit and run story covered by the South Shore broadsheet, it was also covered by not just one but at least two local TV stations.
Obviously, it was a slow news day for our broadcast brethren to scare up any other car accidents to cover. 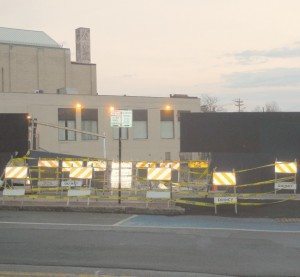 Even so, Quincy Quarry still had the exclusive on the initial story of what could well be a wholly new and unique to Quincy serial crime.
Significant crime scene similarities notwithstanding, Quincy Quarry continues to not be able to secure any comments from Quincy Police Chief and mayoral brother-in-law Paul “The Beav” Keenan as to whether – or not – the cited driver in the Independence Avenue sideways hit and run might be a suspect in the original sideways sidewalk hit and run two Saturdays ago on Hancock Street.
Further, given the lack of official comments, one can only properly opine that Quincy Police has yet to identify any suspects the initial sideways hit and hit and has thus added this unsolved case to a growing list of unsolved cases – including apparently still not having a clue as to who torched old City Hall in September.
Regardless, Quincy Quarry will continue to follow this and other stories for sure to follow new developments.
QQ disclaimer