Given high winds, the Santa parachute jump planned for today at Pageant Field has been cancelled 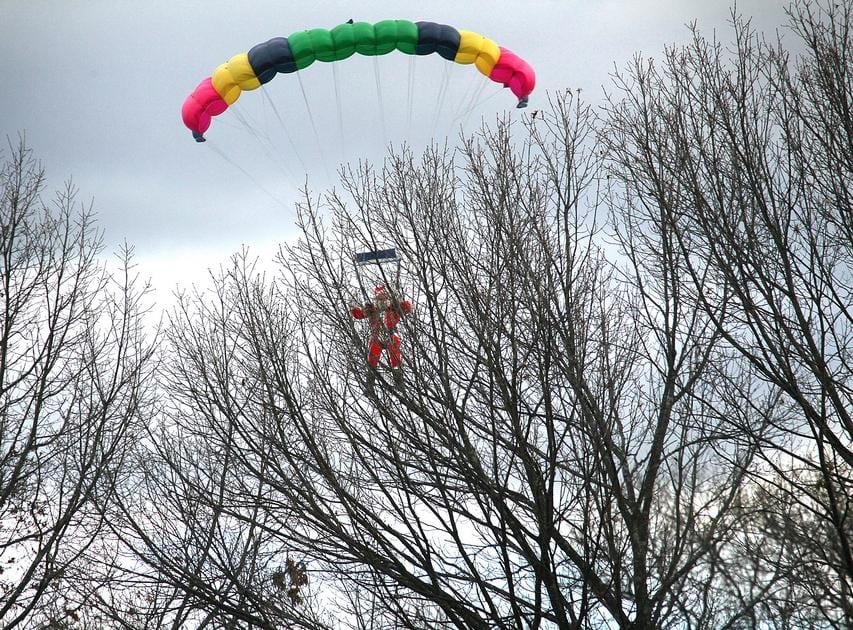 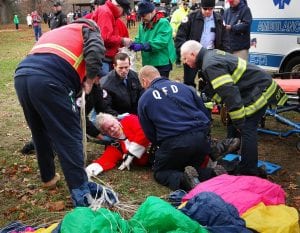 Good girls and boys everywhere as well as Mrs Claus can take deep breaths given recalled memories of Santa being hauled away with a rumored broken leg during his bad landing at Pageant Field three years ago.

Due to high winds, the Santa parachute jump has been cancelled for today at Pageant Field. A decision will be made this week if it can be rescheduled until next Saturday. Information to be posted this week. https://t.co/zeTJTN8daV

Santa’s sky dive has tentatively been rescheduled for next weekend, weather permitting.