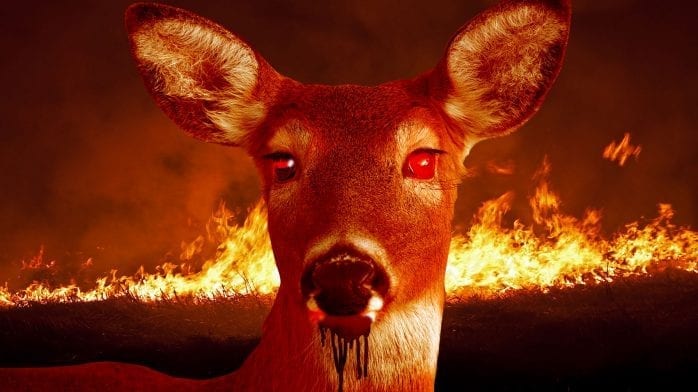 A wounded buck is apparently still on the loose after allegedly goring to death the hunter who shot him, Arkansas wildlife officials said on Thursday. 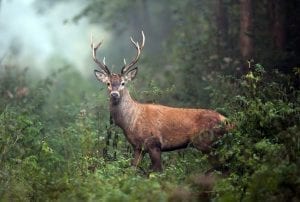 Buck fever strikes back – with a vengeance.

A wounded buck is apparently still on the loose after allegedly goring to death the hunter who shot him, Arkansas Game and Fish officials announced on Thursday.

A said to be experienced hunter shot a deer near Yellville, Arkansas.  When he returned to dress it, the buck appears to have leaped up and skewered the hunter with its antlers.

“I don’t know how long he left it there, but he went up to check it to make sure it was dead,” commission spokesman Keith Stephens told KYTV-TV, “(and) evidently it wasn’t.” 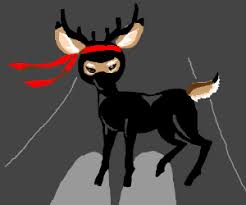 A Deer Ninja
A drawception.com image

“He apparently went over to the buck and it got up and attacked him,” Stephens told KYTV, further noting that the hunter “had several puncture wounds on his body.”

It is not uncommon for wounded deer to injure their human attackers, Arkansas Game and Fish Commission Corporal Joe Dale Purdom told CNN.

At the same time, Joe Dale said it was the first time he had seen such an attack be fatal.

More usual is for the deer to just jump up and run away. 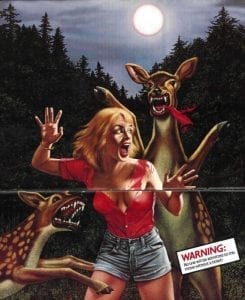 Night of the Living Deer
Image via myconfinedspace

There was some question as to whether the antler wounds themselves were the cause of death, or whether something else such as a heart attack had killed the man, KYTV-TV noted.

Nonetheless, there were no plans for an autopsy, Arkansas Game and Fish Commission.spokesman Stephens said, “so we may never know what actually happened.”