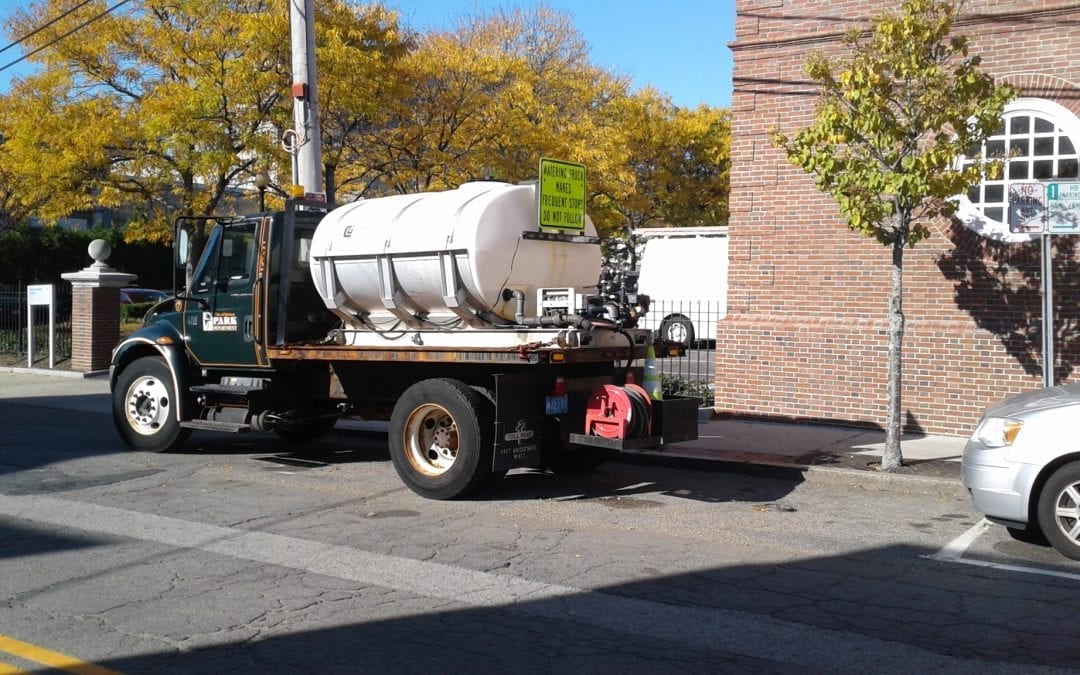 While out and about on the ever-increasingly congested and mean streets of Quincy, Quincy Quarry personnel found and so photo documented a City of Quincy water truck inexplicably both illegally parked in no parking run of curb as well as left unattended near the Quincy District Courthouse Tuesday mid-morning.

As there was a decent rainfall over weekend as well as a major rainfall event is forecast to hit the Q later today and lingering into Thursday, Quincy Quarry has two theories for the city water truck being out and about on a cool fall day..

One, the truck had inexplicably been dispatched to water city plants.

And the other, perhaps the driver was dropping in at nearby Tully’s for an eyeopener.