Transit officials say the first of a new fleet of Orange Line train cars are set to make their debut. 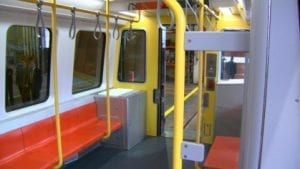 In time-honored public relations fashion so as to endeavor to spin the point of focus by the T’s fed-up riders away from the MBTA’s announced yesterday morning plans to shut down key subway lines in Downtown Boston over most every weekend until the end of the year to effect needed repairs, the T then announced later in the day yesterday that the first six new Orange Line train cars are set to make their debut. 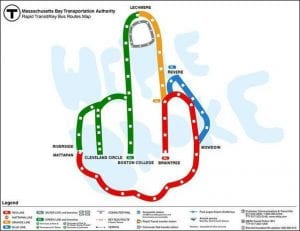 At the same time, it is only fair to point out that the rollout of these new subway cars was delayed several months while the T had to resolve issues with an upgraded signal system.

Additionally, these new Chinese subway cars have been subject to allegations of also being vehicles of Chinese cyber espionage.  .

Purported Chinese intrigue notwithstanding, the MBTA plans to replace the entire existing Orange Line fleet with 152 new train cars by 2022.