Two signs which instantly identify someone with bad leadership skills

The very traits we thought led to leadership success no longer hold true, according to research. 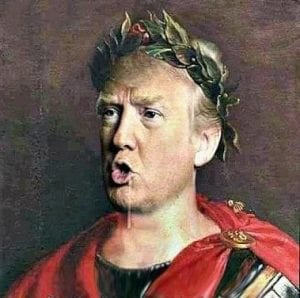 Egomaniacs are on the rise, especially within the leadership ranks of companies across the world, which is detrimental to good business outcomes.

That and perhaps even more than the usual level of egomania among political office holders.

Overwrought ego is one of the biggest barriers to people working together effectively.

At least so warns leadership and management expert and best-selling author Ken Blanchard.

When people become caught up in their own egos, it erodes their effectiveness as the egotist’s innate combination of false pride and a lack of self-doubt gives an egotist a distorted image of his – or her – importance. 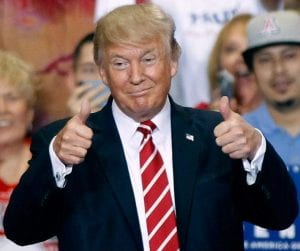 Two thumbs up for myself!
A Ralph Freso/Getty Images image

In turn, egotists see themselves as the center of the universe and they begin to put their own agenda, safety, status, and gratification ahead of others, if not well ahead.

As such, the challenge is keeping such self-centered leaders and managers from taking their teams or companies down a path toward self-destruction.  Doing so, however, is not easy.

For example, heading off what is all too often seen as effective instead actually far from it.

Psychologist Tomas Chamorro-Premuzic, a professor of business psychology at both University College London as well as Columbia University, points out that leadership has historically been seen as significantly based on two personality traits statistically more likely to be found in men: confidence and charisma. 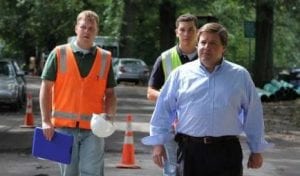 Professor Chamorro-Premuzic effectively lays out a compelling case is his book, Why Do So Many Incompetent Men Become Leaders? (And How to Fix It), as to how confidence and charisma can later backfire when overconfidence, narcissism, and even clinical psychopathy all too often eventually give rise to catastrophe.

For example, confidence is perceived as a leadership competency; however, there is no relationship between confidence and competence.

While confidence is useful, overconfident leaders overrate their abilities and job performance.  Overconfident leaders are also more prone to making reckless decisions, especially as they are often immune to – or at least indifferent towards – criticism and other sorts of warranted negative feedback.

And as for charisma, while most successful leaders are known for their charisma, it is hard to define and measure as it ultimately exists in the eye of the (often also played, ed.) beholder.

According to Chamorro-Premuzic, “charisma clouds people’s evaluations of how leaders actually perform.  Rather than being objective, we are less judgmental about leaders’ performance when we see them as charismatic, and we are more critical when we don’t.”

In turn, when charisma is combined with narcissism, such yields a potentially lethal combination. 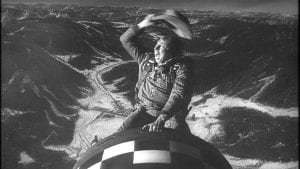 How then do organizations head off disaster?

While both males and females are equal when it comes to IQ, studies show that women have greater EQ and, in general, perform better as leaders.  To this notion, however, Quincy Quarry’s organizational behavior expertise has a couple of minor quibbles.

For example, a number of settings are not as needy of EQ as others to operate effectively and EQ can even be counterproductive in some situations.

Also, a male leader can very readily implement strategies and policies which can catalyze at least proxy analogs to personal effectiveness and self-awareness. 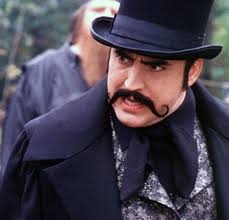 Even so, Chamorro-Premuzic poses a valid argument that high EQ individual tends to be more humble, honest, and ethical.

Not made so clear, however, is do these traits then carry through to the bottom line of an organization led by a high EQ individual.

In any event, as well as a bit of ironic karma to keep it in mind: the very same and all too-often pathological traits which help propel certain leaders into leadership positions are the very same traits that get them fired.

In other words, what it takes for many to achieve a leadership role is essentially the opposite of what it takes to then both effectively fulfill the role as well as keep it.

The proceeding is both condensation and elaboration of a longer essay by Marcel Schwantes which was published by Inc.com.

Source: 2 Signs That Instantly Identify Someone With Bad Leadership Skills