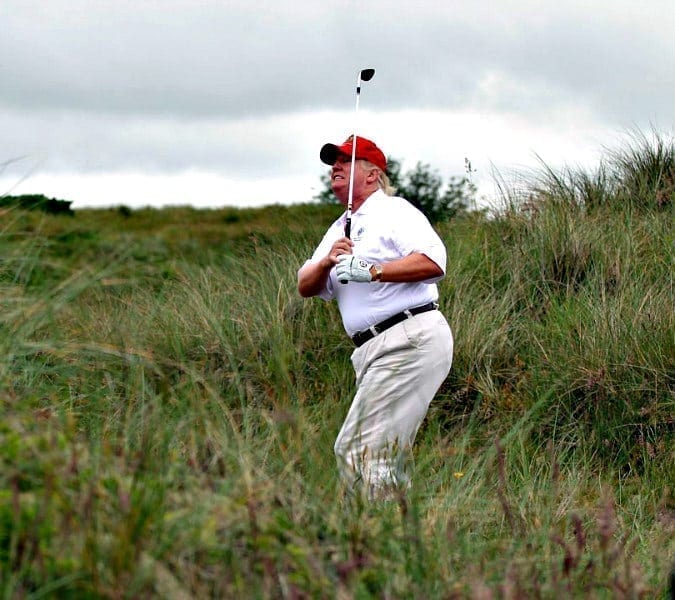 Teeing off before hitting the 19th hole
Image via DuffleBlog.com

From Quincy Quarry’s also snarky brethren at Duffle Blog, the American military’s most trusted source for news©, comes word of potentially serious blowback from the Pentagon over President Trump’s plans to reallocate funds to build a border wall as it could keep the Pentagon from building even more golf courses.

The potential motivation for blowback is considerable as the Pentagon currently operates 194 golf courses with 2,874 holes worldwide, mostly on Air Force bases.

“These military assets are essential to the morale of our airmen as well as the whole of the joint force,” said Jed Myles, director of morale, welfare and recreation policy for the Department of Defense. 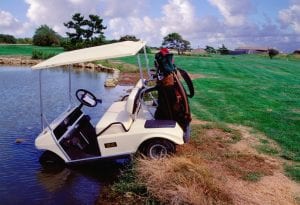 “It’s not just officers that use them.  I’ve seen drunken first sergeants out on the links, too.  We’re in the process of expanding our footprint and hope to be up to a 3,000-hole global network in the next two years.”

The golf course expansion program is now at severe risk of cancellation, however, as other sources say as President Donald Trump has declared a national emergency and is planning to reallocate billions of dollars of defense reconstruction spending so as to fund his long-promised border wall. 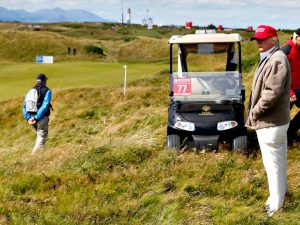 In the deep rough yet again?
A Russell Cheyne/Livepic/Reuters image

Ironically, given the president’s personal interest in golf, it must be noted much of the money proposed to upgrade the southern border will come from a fund allocated to expanding golf facilities in the Middle East and Europe.

Senior Air Force leaders, who spoke to Duffel Blog on condition of anonymity, are beyond apoplectic.

An IED
A clipart image

“We only have nine measly holes in Mosul right now,” said one general officer complaining about Al Kindi golf course in Mosul, “and they’re all surrounded by sand traps where ISIS has left behind IEDs.  We really need to clear these course hazards and then expand that course to 18 holes, but it’s at the top of the White House list for cuts.”