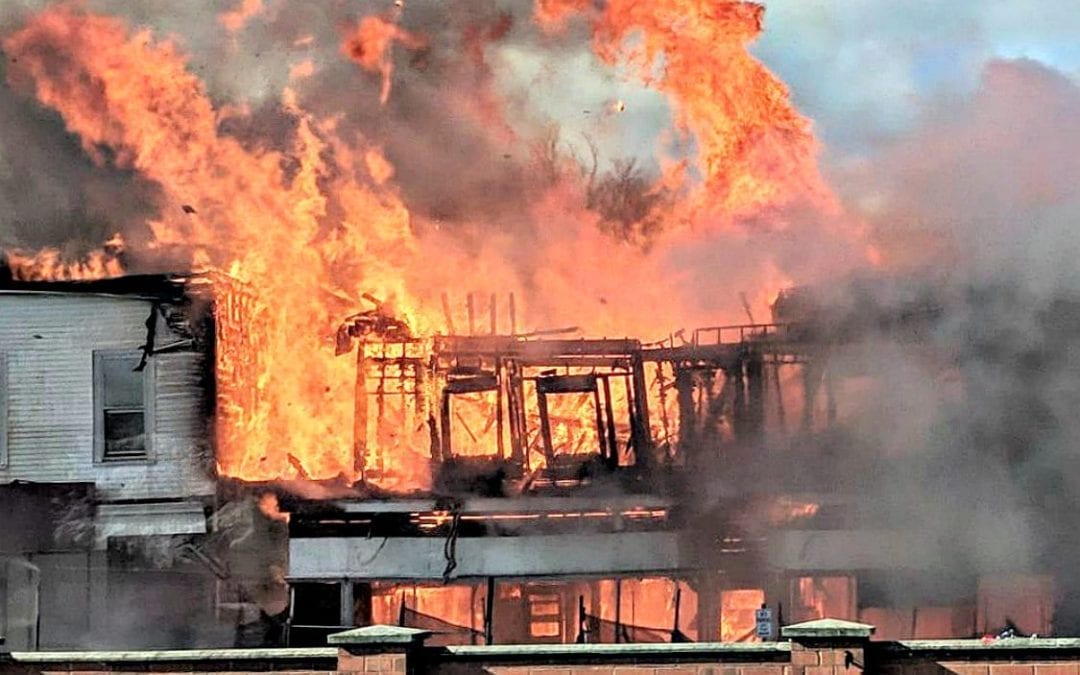 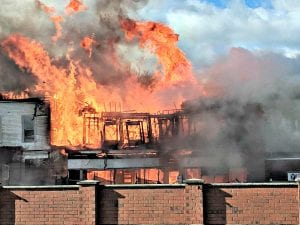 This morning’s quiet on a relatively warm and sunny day in Quincy was upended by a massive five alarm fire on Newport Avenue just opposite the currently closed MBTA Red Line Wollaston station.

So considerable was the fire that the major local roadways of Newport Avenue and Beale Street were closed by first responders.

The site of today’s fire is at least adjacent to the site of a major fire in 2015. 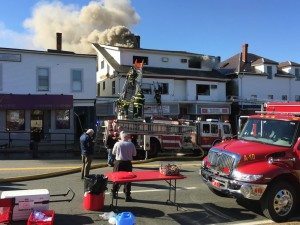 Additionally, Quincy Quarry is following up on word received of another fire in the past year or thereabouts involving at least one of the buildings destroyed in this latest fire.

In turn, such baits only proper questions as to just how strenuous were the City of Quincy’s building inspections of the major repairs undertaken in the wake of the 2015 fire as such repairs are typically required to at least move such a repaired building closer to current building codes and which include improved fire safety requirements.

Additionally, one can only wonder how the fire so quickly when to five alarm status as the Quincy Fire Department’s Wollaston Fire Station is literally just around the corner from the site of today’s fire.