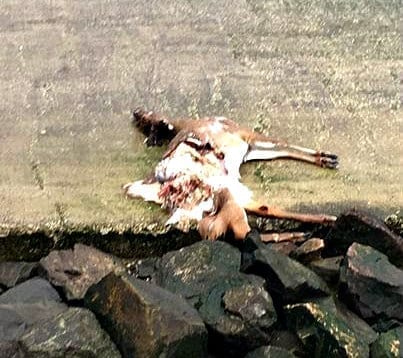 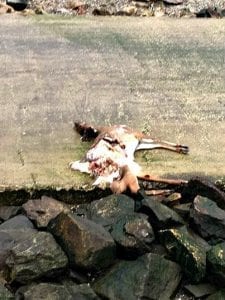 Grisly carrion at the public landing
A Citizen Photojournalist photo

One of Quincy Quarry’s longtime reader sent in a Citizen Photojournalist image of the deceased, along with particulars regarding same.

While was left of the deer indicted a likely coyote attack, Quincy Quarry has been unable to discern if a nearby restaurant may have recently offered a venison special.

While either would be a natural order and thus Circle of Life sort of thing, Disney’s earlier Bambi has made deer all but protected species.

Further, local coywolves are non-native predictors that are both a relatively new hybrid species of coyotes, wolves and domestic dogs as well as are relatively recent arrivistes from points from somewhere west of Wusta – if not well west. 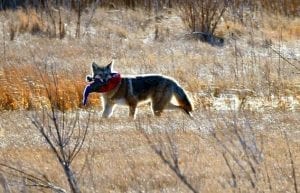 As such, their immigrant status has surely contributed to their often negative reception by Quincy locals.

In any event, the carrion was relatively soon removed.

Unclear, however, is if someone left a voice mail request for service with the City of Quincy Department of Animal Control or instead opted to endeavor direct contact by making a call to the Torre Dei Passeri Social Club