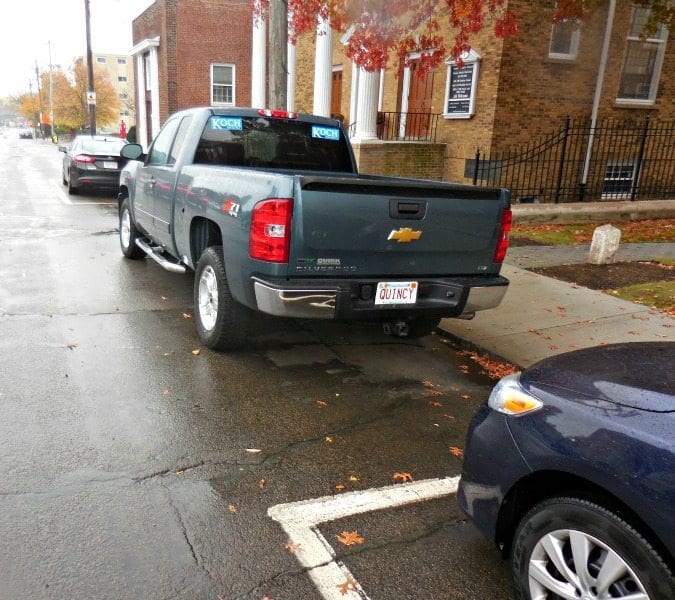 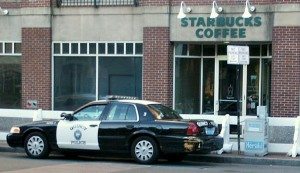 Coffee, but no doughnut in Quincy Center?
A Quincy Quarry News file photo

Even before the MBTA suddenly closed down half of the parking at its North Quincy Red Line station this week to accommodate locally connected developers to develop 598 apartments and roughly 50,000 square feet of commercial space in space at the station that has been leased from the MBTA, parking abuse in the surrounding neighborhoods was already a problem.

At least such would appear to be the case per regular postings on the Quincy Quarry Twitter page by an intrepid Smartphone Photojournalist.

Moreover, if one looks closely at the above and following images, one will see that at least certain of these parking scofflaws are serial scofflaws. 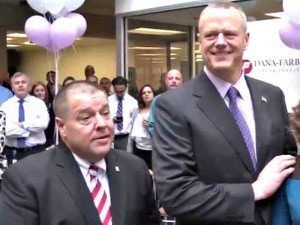 That and how the City of Quincy Traffic, Parking, Alarm and Lighting Department as well as various other city officials would clearly appear to have yet again come up short in this latest instance as regards their failing to see to it that these parking scofflaws are duly cited.

That and also so fail to secure some revenue for the city.

Additionally, there are indications of entitlement, if not also perhaps at least some out of town parking scofflaws.

After all, even given relatively moderate prices for gasoline in recent years, how many locals can afford a gas-guzzling Cadillac Escalade land yacht given conversely high local property taxes?