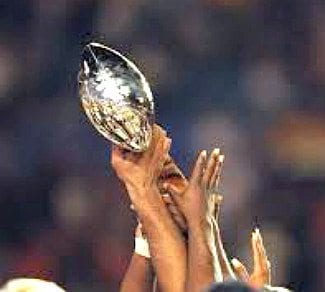 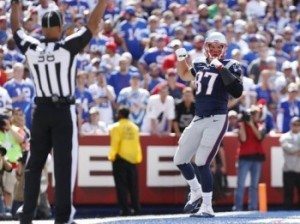 Gronk scoring in 2015 but not in LIII
A file photo

– Sports news by and commentary from Quincy Quarry News.

While the New England Patriots beat the Los Angeles Rams, the game itself was about as exciting as going to work on Monday morning.

How boring was it?

Late night talk show host and British by birth James Corden noted the following, along with various other valid digs:

“I don’t want to hear one more word from Americans about how soccer is dull and no one ever scores the rest of my life.” 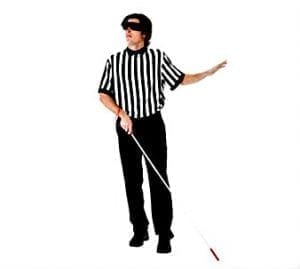 Then again, after the two most high scoring teams in their respective conferences were stiffed from appearing in this year’s Super Bowl by blown calls by referees in both the American Conference and National Football Conference title games two weeks earlier, such tedium was probably only to be expected.

In any event, this year’s Stupor Bowl provide the old axiom that while offense may get a team to the Super Bowl, defensive play all but invariably wins the Lombardi Trophy. 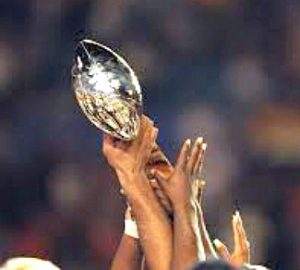 Strive for the prize!
A heavy.com image

Even so, a number of new Super Bowl records were still set.

For example, the fewest points scored.

Also, the fewest touchdowns – only one touchdown was scored versus the previous low of three.

A number of other low scoring records were set.

For example, how far these two teams played into the game before a score was scored, the fewest number of points scored by the end of each quarter and so on.

That and a new record for the longest punt punted by the offensively-challenged Rams’ offense. 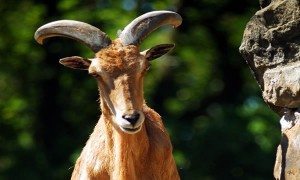 A Ram punter, the Ram’s punter – whatever
A Clip Art File Photo

In any event, after the de rigueur trip to DisneyWorld and a local Duck Boat parade, the question now is will the Patriots soon become the first-ever seven time winner of Super Bowl games?