Yet another state trooper arrested in overtime scandal 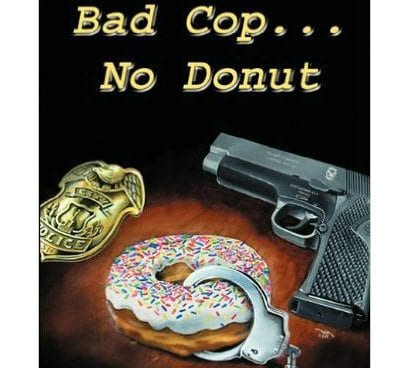 Yet another state trooper arrested in overtime scandal.

As expected, yet another state trooper was arrested and hauled into federal district court yesterday for his arraignment.

How many more indictments will follow remains to be seen.

In the meanwhile, this officer retired hard up the overtime scandal hitting fan and is thus currently receiving an annual pension of $75,014.00.

Up in flames?
A cheat-sheet.com image

If, however, this trooper is found guilty of felony charges and sentenced to at least a year and day in prison, this officer’s lifelong pension benefits can stripped after he has been reimbursed for the remaining net balance of his total paycheck retirement deductions.

Typically, such a partial payout works out to results in roughly several years of benefits as opposed to lifelong benefits if one is not convicted of a felony tied to his or her government job.

Additionally, any such truncated payout does not include any interest paid or return on investment of the funds deducted from a subsequently so convicted felon’s paycheck.

Source: Yet another trooper arrested in overtime scandal