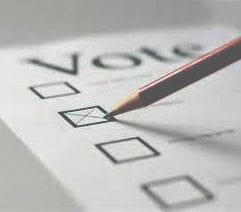 While final vote tallies are not yet completed, the final count is projected to be on the order of a 68% to 32% landslide to strike the Eighth Amendment of the Irish Constitution and which all but bans abortions.

Irish Prime Minister Leo Varadkar said that Irish people have voted for a “modern constitution for a modern country” by voting to expunge Ireland’s Eighth Amendment to its constitution and which all but proscribes abortion as it accords an unborn child with the same right to life as its pregnant woman.

Prime Minister Leo Varadkar is himself a medical doctor.  He is also of Indian and Irish ancestry, was brought up in the Roman Catholic faith and is an openly gay man married to a medical doctor.

Update: the final tally: Voters overwhelmingly voted to overturn the abortion ban by 66.4% to 33.6%.  Only one electoral constituency among the forty voting districts nationwide voted to retain the ban: Donegal by a slim majority of 51.9%.