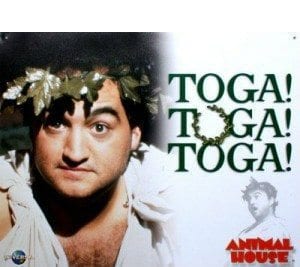 As should also come as no great surprise, neither do they have any formal basis for recourse other than those available to someone who was mashed while out and about in public.

The State Legislature takes advantage of hundreds of interns who work part-time for no money in exchange for college credits.

In turn, however, because they are not considered state employees, legislative interns are not covered by sexual harassment policies, do not receive any training on sexual harassment, and have no way to file a complaint, according to a review of the policies. 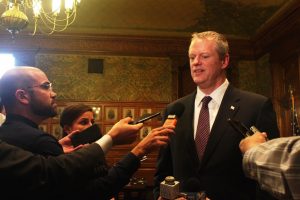 Such behavior is unacceptable
Image via Commonwealth Magazine

By contrast, interns working for the governor’s office or in other executive branch agencies are regarded as state employees and are thus covered under the state’s sexual harassment policies.

So, too, are those working for the attorney general, auditor, secretary of state and other constitutional offices. 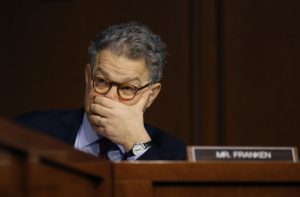 I am so Q’ed …
A Jonathan Ernst/Reuters image

“We want people to know that they are protected when they’re in this building, whether they’re a state employee or a volunteer.”