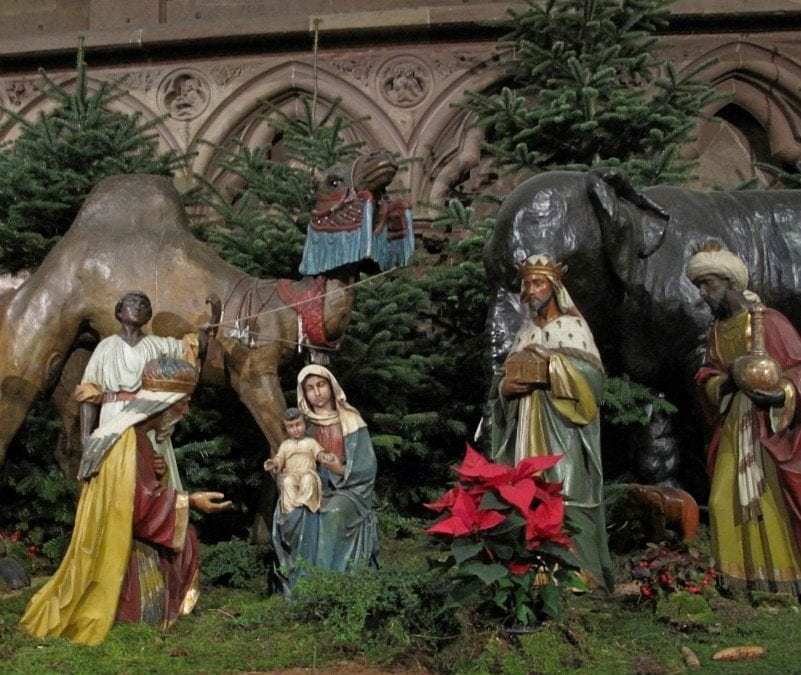 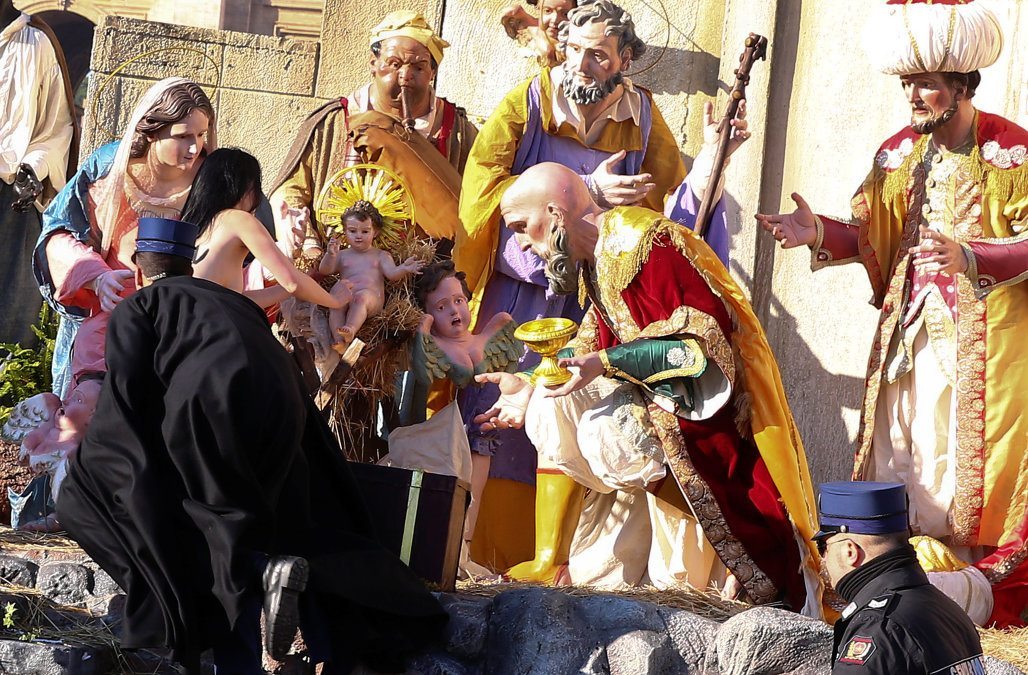 A topless activist from the feminist group Femen tried to snatch the statue of the baby Jesus from the Nativity scene in Saint Peter’s Square on Monday.

The woman jumped over guard rails and rushed onto the larger-than-life Nativity scene shouting “God is woman.”

She had the same slogan painted on her bare back.

A Vatican gendarme stopped her from taking the statue and she was detained.

The group’s website identified the topless terrorist as Alisa Vinogradova and called her a “sextremist.”

The Femen website also note that the goal of the group, which was founded in Ukraine, is “complete victory over patriarchy”.

A Femen female activist staged a similar action on Christmas Day 2014 as well as successfully managed to take the statue out of the crib before she was arrested.