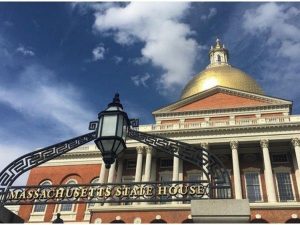 The Massachusetts State House of abuse
A file photo

Yet another accused abuser has been outed via allegations of abusive behavior in the still flaming @metoo maelstrom.

In this case, rather than a key figure, it was a collateral figure tied a major player in the Massachusetts State House: sixty-eight year old State Senate President Stanley Rosenberg (Democrat, Amherst).

Messrs. Rosenberg and Hefner have been together since 2008 and married in September of 2016.

The Boston broadsheet reported on Thursday that it spoke with four men who said Hefner sexually assaulted and harassed them over the past few years.

It was further noted that Hefner had touted his power and influence care of his spouse with the individuals he alleged abused, all of who work in various roles on Beacon Hill.

When asked about the allegations by the media, State Senate President Stanley Rosenberg responded:

“To the best of my recollection I was not approached by anyone with complaints during or after the alleged incidents made in this article or I would have tried to intervene.”

Regardless, this is not the first time Mr. Hefner has found himself in trouble for touting his power and influence care of his relationship with State Senate President Stanley Rosenberg.

In 2014, Hefner resigned from a position with politically-connected Regan Communications in an arguably petulant fit of pique over press reports that he was pressing his power and influence care of his personal relationship to Rosenberg. 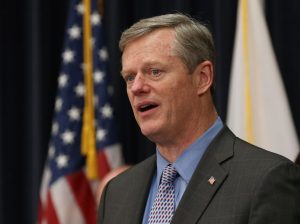 Governor Charlie Baker said he was appalled by the allegations.

“They’re disturbing, they’re distressing and I really felt for the people when I read the story…,” said Baker.

“I think it’s really important for the senate, as soon as possible, to conduct a thorough investigation of these allegations.”

At same time, however, Baker did not say whether he thinks that Rosenberg should take a leave of absence or resign.

Then again, why should Governor Baker state his sentiments?

Most knowledgeable observers feel that the Governor need not announce his personal sentiments as while it is clear that Rosenberg should be expected to endeavor to hang onto power – and by his fingernails if necessary, key players in the Massachusetts Democratic Party would appear to already be stepping on his fingers.

And as for Quincy Quincy, it views this latest Beacon Hill scandal as but yet another example of an old goat and a much younger young thing ending up in a bad ending.