Boston is exceeding its housing goals, especially for affordable housing 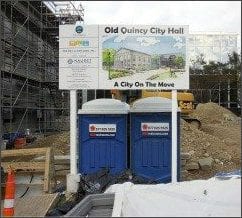 Boston reports that it is exceeding its housing goals, bolstered by new concentrations of affordable middle-income stock in some of its least affordable neighborhoods even though progress has been slower outside of the city core.

Even so, roughly 40 percent of the completed units – 13,551 since 2011 – are affordable for low and middle income households.  The same ratio is expected to hold for the newly permitted units.

The City of Quincy, on the other hand, is facing a 40b lawsuit for its refusing to approve a proposed  affordable housing project planned to provide housing for more moderate income working tenants in spite of the fact that Quincy is failing to meet state mandated affordable housing targets.