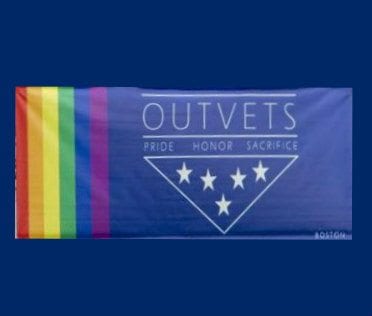 They’re here, they’re queer and they served!
Get over it. A Boston Globe image

– News from elsewhere covered and commented about by Quincy Quarry News

An American Legion post withdrew from the Allied War Veterans Council and another corporate sponsor withdrew its support.

Even more problematic for the many well-spirited parade watchers, “Anheuser-Busch said it is evaluating whether or not to participate in Boston’s St. Patrick’s Day Parade after hearing that the South Boston Allied War Veterans Council had excluded an LGBTQ veterans group from the event.”

Most problematic, however, is that the Boston broadsheet uncovered an interesting fact: some members of the Allied War Veterans Council – which organizes the parade – who voted for the ban “either did not serve in the military or do not live in South Boston.”