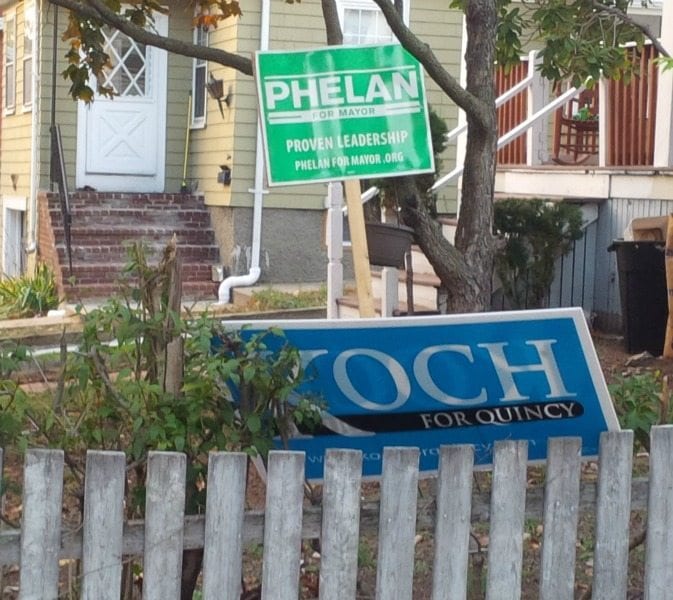 – Quincy News from Quincy Quarry News
Quincy Koch sign trafficking going cold turkey?
A Quincy Quarry Photojournalist has captured arguable photographic proof of local voter at least changing out his – or her – lawn campaign signage.
The Quincy Quarry newsroom as well as the Quarry’s field reporters have long be swamped with emails sent into it and hearing words on the street indicating that yard signs should not necessarily be signs of actual voting preferences on election day, but rather as more than just occasional goings along to get along while smiling and waving.
Now the Quarry finally has arguable visual proof to back up the purported rumblings of those suffering from the blue campaign sign flu.