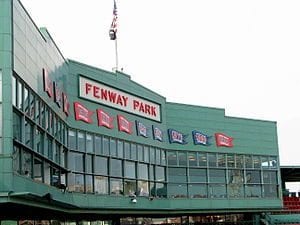 <![CDATA[Today marked the final day of the 2015 Boston Red Sox season.
The '15 season was filled with remarkable ups and downs, memorable moments that won't soon be forgotten (as much as we’d like to…) even amidst another last place finish.
While the season started out painfully, it reached a nadir just after the All-Star break: when it finally became clear that, once again, it wasn’t our year. Surprisingly, things got a lot better from there.
We saw Xander Bogaerts and Mookie Betts assert themselves as stars, and Blake Swihart showed he wasn’t far behind. We watched Jackie Bradley Jr. turn in one of the best months of offensive baseball in history, alongside his typical Superman-esque patrolling of the outfield.
Rusney Castillo, Eduardo Rodriguez, and Henry Owens flashed potential to be great players for next year, and Joe Kelly, Rick Porcello, and Dustin Pedroia gave fans hope that a bounce back season could be in order in 2016. And of course, David Ortiz continued to prove he is one of the greatest hitters of all time; joining the venerable “500 club”.
We also saw manager John Farrell be forced to the sidelines with a serious illness, and bench coach Torey Lovullo and the team as a whole stepped up admirably. But perhaps the most memorable thing we saw this season, came on the final broadcast of the 2015 season. When Don Orsillo gave his final broadcast with the Red Sox.
Check out the video below:

We now know that Orsillo will be assuming a new position broadcasting with the Padres next year. In addition to thanking him for a memorable 15 years, all of Red Sox Nation ought to do their part in wishing him the best of luck in the future. It was a bittersweet moment, and Don will most certainly be missed.
QQ Disclaimer