Quincy rats spreading out around the city 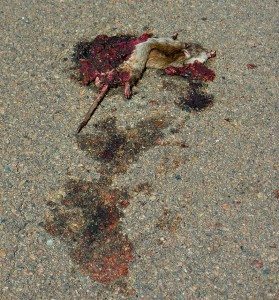 – News about Quincy MA from Quincy Quarry News
Quincy rats are spreading out around the Q as locals strike back against the burgeoning– if not also exponential – local rat population explosion.
While the fat rats in and around Quincy’s City Hall continue to hide out in their rat nests, local four-legged rats that venture out onto the ever increasingly mean of Quincy are suffering fatal outcomes.
At the same time, however, City Hall continues to at least encourage any – if not also all – manner of absolving it of any blame theories as why now four-legged rats are also plaguing the Q.
For example, that this plague is the result of last winter’s barely record setting and mostly fluffy light snowfall. 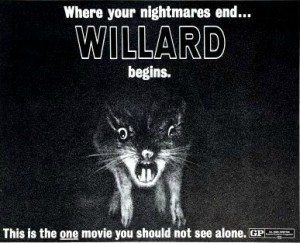 The problem with many of these at first blush perhaps arguably plausible theories at least enabled by City officials is a lack of reports that any of the surrounding communities are also suffering similar rat population explosions.
Such, in turn, baits the following two scenarios as likely as at least partial factors fueling the local burgeoning rat infestation.
One is that after two winters of trash collection by a somewhat new trash hauling company that was new to the Q, got off to a bad start as well as was subject to subsequent troubling recriminations, this trash company might still be falling short on the job.

Plus, as the City of Quincy’s designated trash czar and thus trash quality control official has both Q-ed up on managing hazardous material collection efforts as well as been outed as, well, a crossdressing thespian wannabe, a rat population explosion is arguably among the least of many local concerns about local public health safety.
After all, rodent control is a well-understand as well as well-practiced municipal public health activity – at least it is by at least most other area municipalities.
In any event, as regards the deceased rat featured in this Quarry story, it was found flattened outside of the Quincy Mutual Insurance headquarters in Quincy Center. 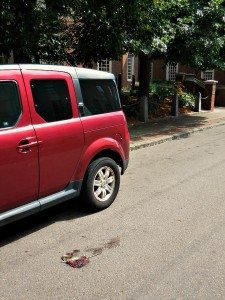 Scene of the rat-flattening
A Quincy Quarry News photo

As such, this reporter duly reached out to the Quincy & South Shore Building Trades Council to ask if this silenced rat might have been silenced as a statement to Quincy Mutual.
While union officials found such a scenario of suspicion both understandable while at the same time also laughable, this reporter was also very specifically told in no uncertain that they were unaware of any purposeful message making by anyone among its membership via this grisly rat-flattening.
Then again, they were not able to reach their counterpoints at the Teamsters.
QQ disclaimer
]]>