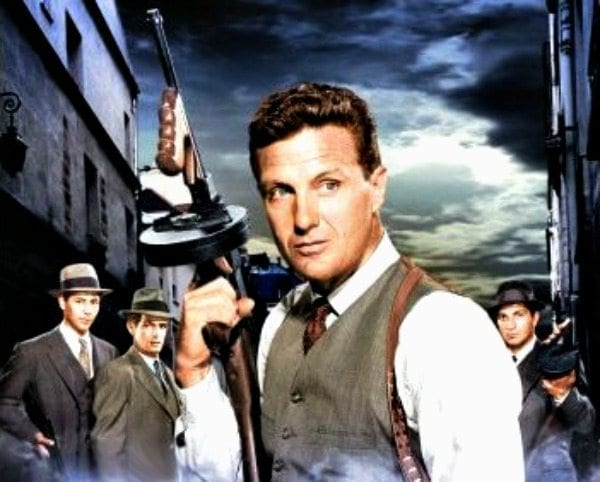 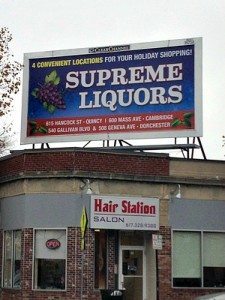 – News about Quincy MA from Quincy Quarry News.
Quincy liquor store war heats up after a long and cold winter.
Not since perhaps Prohibition has Quincy seen a such feud between two purveyors of alcoholic beverages in the Q as a long festering local feud that flared up recently.
While no blood or liquor has yet to be spilled, this feud surely heated up after one of the two rivals put up a billboard directly opposite the operations of the other.
Granted, while the party resorting to the use of outdoor advertising operates a total of four liquors stores in Cambridge, Boston and Quincy and thus surely has more resources to apply towards its promotional efforts, the other is purportedly known for bad word of mouthing its competitors, its staff and various beverage sales representatives. 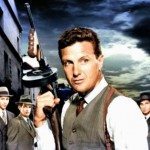 In short, tits for tats.
So far, other than rumored family disputes at one of the two warring parties’ place of business, Quincy Quarry is not aware of any police raids of either operation.
Who only knows, however, what may happen if the weather ever warms up in New England and tempers might then become even more heated.
QQ disclaimer

Neighborhood packie with a wicked wicked sense of humor
A SupremeLiquors.com image