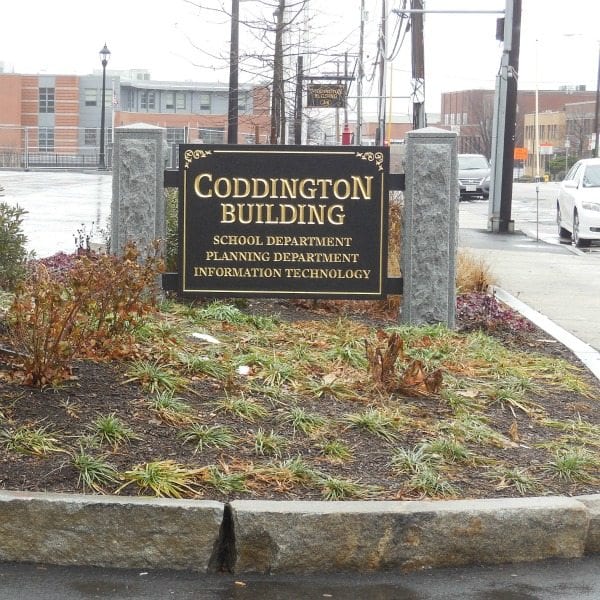 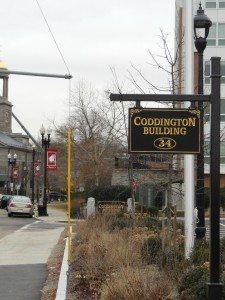 – News about Quincy MA from Quincy Quarry News
Quincy’s Coddington Hall renovation project has been hit with all manner of delays, cost overruns, do-overs and even formal sanctions for scandal.
As for scandal, lame duck Attorney General Martha Coakley somewhat recently fined a New Hampshire-based construction subcontractor on both the City of Quincy’s Coddington Hall and fire-ravaged old City Hall renovation projects over its personnel practices as well as banned this company from working on similar projects in Massachusetts for a year.
Now, however, is the latest inexplicable snafu:  going to the trouble and expense of putting two signs in front of the building.
Similarly inexplicable is how both signs have the same inexplicable type font size anomalies. 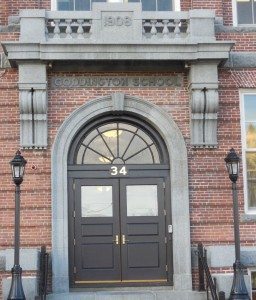 Perhaps the most inexplicable thing from among many of the latest problems, however, is how the building is now called the Coddington Building.
After all, it has long been known as Coddington Hall after its original dedication as the Coddington School in 1908 given its various re-purposings along the way.
In fact, until recently, the building was called Coddington Hall by the Koch Maladministration as recently as last fall when it acknowledged that move-in ran late and the project had gone over budget as usual on a Koch era project.
Per its standard practices, Quincy Quarry did not other reach out to the Koch Maladministration for comment on the inexplicable confusion over the name of the building as it knew that nothing would be provided in response to this latest Koch era shortcoming.
The Quarry will, however, continue to monitor this last example of Koch Maladministration overspending and project mismanagement as well as the many others for any further shortcomings.
QQ disclaimer 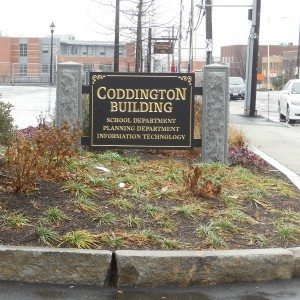