Quincy Quarry gets results yet again at Streetlights in Street Hazard Scene? 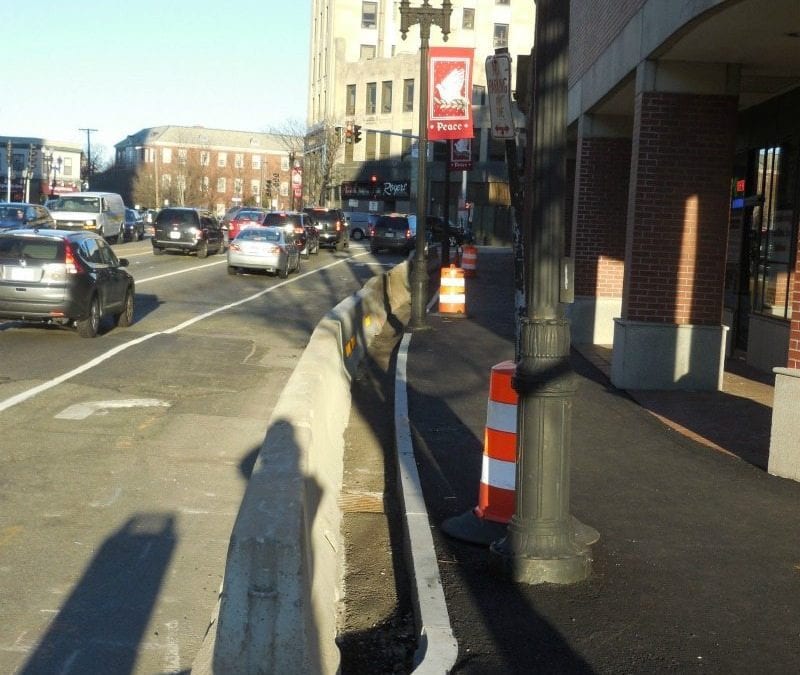 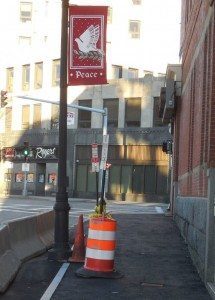 – News about Quincy MA from Quincy Quarry
Quincy Center’s infamous chain saw massacre and then streetlights in the street crimes scene has now been Jersey barrier-protected a month after the streetlights were dumped into the gutter.
Quincy Quarry has for over four weeks covered this grave threat to public safety.
Now – finally – something was done to at least attempt to mitigate the potential for disaster at this already tragic scene. 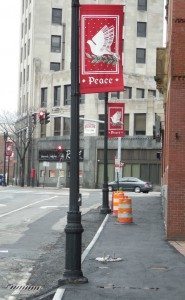 What remains unanswered, however, is why the streetlights were dumped into the street in the first place. 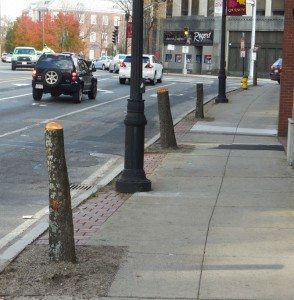 Similarly, neither has anyone explained why this Quincy Center sidewalk has been narrowed when the Koch Maladministration has long been touting how sidewalks in Quincy Center were to be widened to arguably near Parisian standards in the constantly evolving and still but plans for a “New Quincy Center.”
Fortunately, at least now the streetlights are protected from harm.  Pedestrians in Quincy, however, continue to put their lives at risk daily.
QQ disclaimer

Bucolic victims before they were chain sawed.
A Google Maps screen shot image
Click on picture for larger image