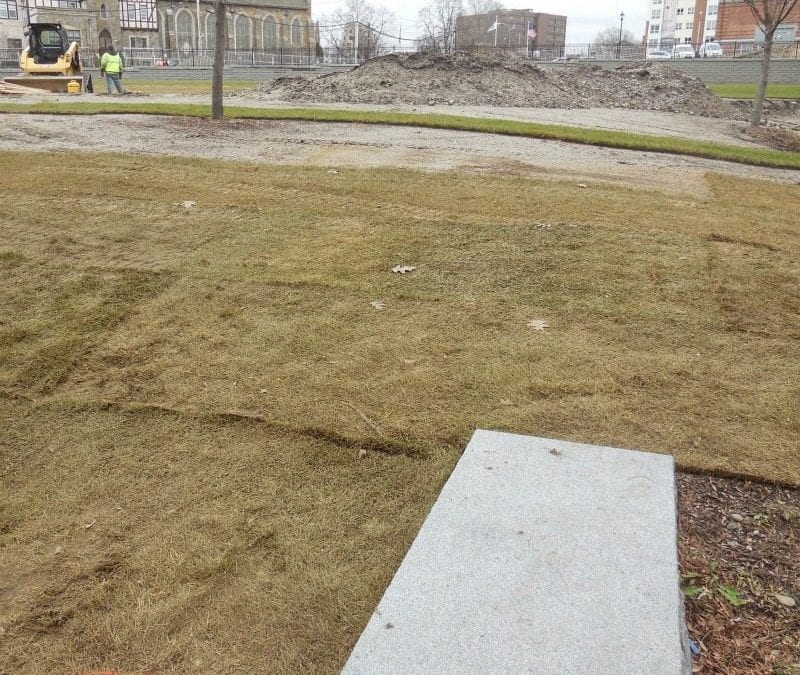 – News about Quincy MA from Quincy Quarry
The sodding of Quincy High School’s pending and long assumed to be parcourse continues.
Completion of the multimillionaire dollar replacement of old Quincy High School with but simple and not particularly inspired landscaping as well as an anticipated to be named as a memorial parking lot continues to run late as well as probably also over budget as per standard Koch Maladministration practice.
While Quincy Park & Forestry Executive Chris Cassani said that “. . . the project – to include a new stone wall, benches and parking spaces – should be mostly finished and open to the public in November,” the project is still not “mostly completed” – much less “open to the public” – in the final days of December.

Further, as demonstrated via exclusive Quincy Quarry photography, brown sod was inexplicably laid during the middle of December.
Whether – or not – the new brown sod is able to take sufficient root in time to survive a New England winter remains to be seen.
Then again, Mr. Cassani only said that “new sod should be laid at the site by the end of September,” NOT that the sodding would be finished by the end of September.
Quincy Quarry will continue to monitor the sodding until completion.
QQ disclaimer 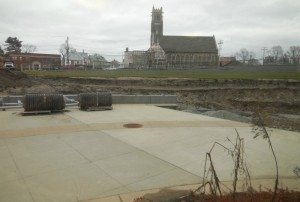