Quincy City Hall clean-up continues but not so secure 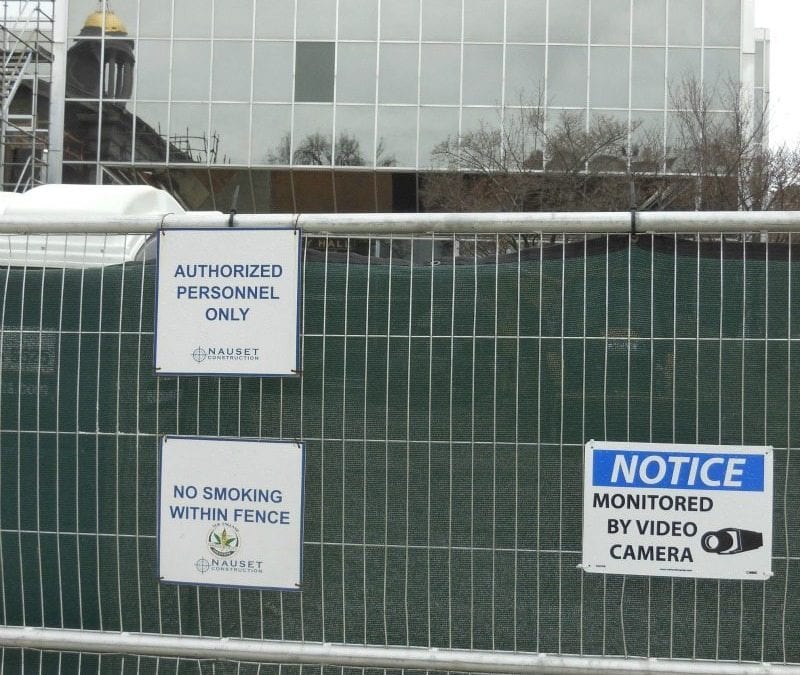 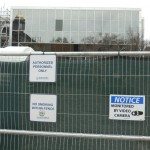 – News about Quincy MA from Quincy Quarry
Quincy City Hall’s clean-up continues in ways less than clearly secure after the devastating fire that set back completion of its gut-wall $8 million-plus and still counting museum-quality restoration by at least six months.
While various reports that both temporary human after hours security as well as video monitoring of the fire scene was initiated immediately after fire when there was little left of value to protect other than copper that had to be removed after the fire, security at the old City Hall reconstruction site appears to have since fallen back towards pre-fire arguable indifference. 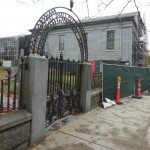 Comprehensive and often simple to implement coordinated steps have not been taken.
For example, while one of the two gates to the Hancock Cemetery has been chained shut, the other is still wide open. 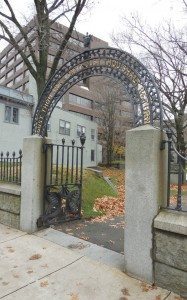 Whistling past a graveyard AND a fire scene – a Quincy Quarry News photo.

Quincy Quarry has also spotted campers sleeping in the cemetery, but it opted to not photograph them as it firmly believes in the right to camp out in the outdoors.
Additionally, while old City Hall has recently been shrouded and so at least somewhat closed up, Quincy Quarry found the worksite’s front gate open on a Sunday. 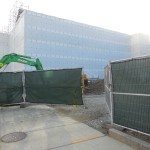 City Hall shrouded while its front gate is wide open on a Sunday – a Quincy Quarry News photo.

Then again, perhaps Sunday overtime pay was scheduled as per local custom for certain favored city employees.
In any event, security appears to be so lax that Quincy Quarry was able to readily photograph the worksite right in front of a new video camera without suffering any to be anticipated subsequent hassle by Quincy’s finest. 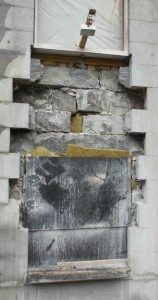 Perhaps the fear of  deservedly losing one’s pension has finally started to register.
In any event, Quincy Quarry continues to be unable to report on any statement from Quincy Police Chief and mayoral brother-in-law Paul “The Beav” Keenan on any progress identifying any suspect or suspects in the alleged arson fire that devastated old City Hall.
Apparently the trail has gone as cold as the granite exterior of old City Hall during winter in New England.
Speaking of cold, one senior Quincy Quarry staffer was able to stock up on cold ones after selling on eBay an acetylene torch found under this person’s bed one day.
A particularly good price for the torch was obtained as it was brand new as in never even but once been used as well as that the torch’s packaging and user’s manual was found in the staffer’s outdoor trash can.
That and the also so found purchase receipt was turned over to the proper non-local authorities for review.
QQ disclaimer

“A City On The Move” – A Quincy Quarry file photo. Click on picture for a larger image as well as lots of laughs.