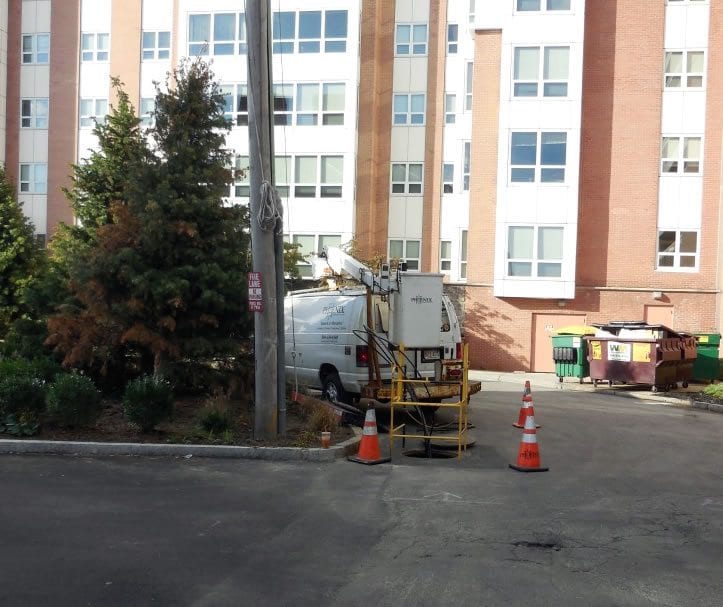 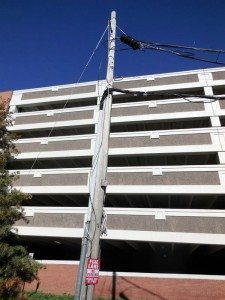 Over the weekend and during the light of day, however, Quincy Quarry was able to take pictures that show major changes to – if not a near complete redo of – the original aerial wire installation in the wake of previous and multiple instances of critical Quincy Quarry coverage.  (See photo right.)
Now today, Quincy Quarry found the private fiber optic company again on site installing underground cable into the recently built underground conduit.
One can only assume that this is the third installation of both the telecommunication connection for Coddington Hall as well as its requisite hard wire fire alarm system.
How much it has cost to do the same job three times, however, is unknown and one can only properly assume that the Koch Maladministration will yet again do all that it can to see that such information does not see the light of day anytime soon.
One can also not help but wonder how more wastefully expensive duplication and triplication has occurred on this project. 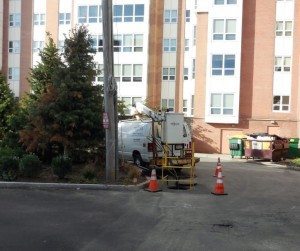 Fortunately, in the wake of previous as well as repeated Quarry Quarry concerns about both worker and public safety at City of Quincy project sites, at least today’s work site was riff with traffic safety cones as well as covered by a police detail. (See photo, left).
Unfortunately, at least immediately adjacent Quincy High School lost its telephone service this morning as well as that Quincy Quarry saw no point in calling City Hall for comment as – again – it rarely duly responds to valid inquiries until it is ordered to do so by the Public Records Unit of the State Secretary of State’s Office.
Plus, when the phones are out of service, they are out of service.
With the past as prologue, expect even more troubling news to be exposed by Quincy Quarry on questionable practices that are at least supposedly under both the control as well as responsibility of the Koch Maladministration.