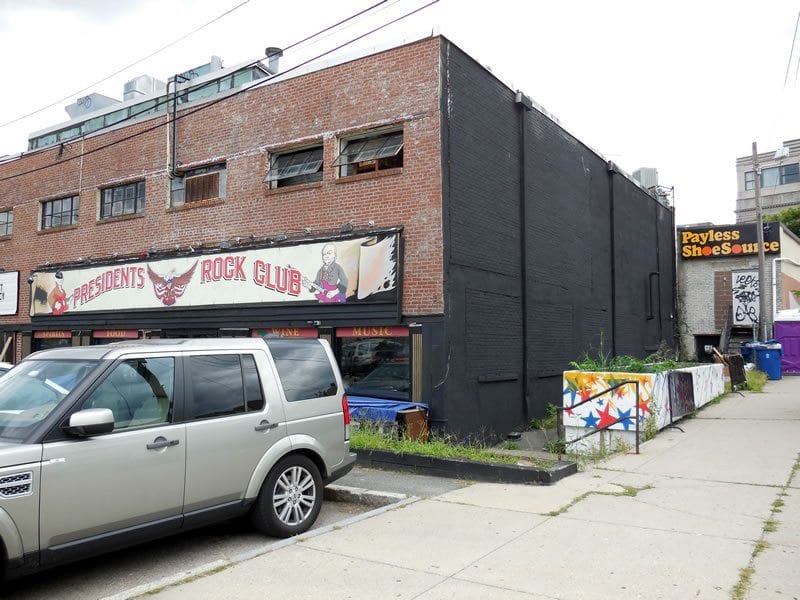 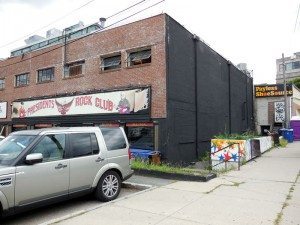 No more rockin’ ‘round the clock – The Presidents Rock Club has closed up and John, John Quincy & JFK have thus retired their Stratocasters.
Even worse, the controversial and widely featured by various local major media giant tagger art mural of “Barack Hendrix” – the only large piece of (ultimately but modestly) edgy piece of outdoor contemporary artwork on display ANYWHERE in the Q – is already and oh so ironically painted over in black.
As no one was available at the PRC when the Quincy Quarry came a calling, it could not be determined if threatened City of Quincy fines over the mural were the cause of the closing of a favorite local haunt for what little live (legal or safe, ed.) entertainment can be find found at night in Quincy Center.
Fortunately for those looking for looking for live entertainment, the City Council will soon be returning to City Hall after its summer recess.
Unfortunately, the council is only in session on alternating Mondays for roughly nine months of the year. Then again, only in session occasionally is not necessarily a bad thing.
Plus, there is always the Clash of the Ash for those out on a crawl.]]>